Upsets dominate 4th round at Indian Wells; Swiatek out 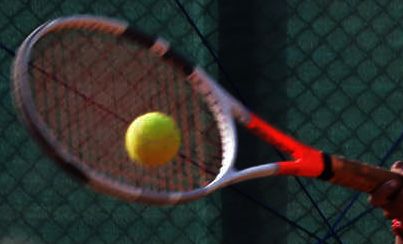 Upsets dominated the fourth round at the BNP Paribas Open, with three top-five seeds getting dismissed in straight sets. - File photo

Upsets dominate 4th round at Indian Wells; Swiatek out

Upsets dominated the fourth round at the BNP Paribas Open, with three top-five seeds getting dismissed in straight sets. No. 2 Iga Swiatek lost to No. 24 Jelena Ostapenko 6-4 6-3. Jessica Pegula routed No. 5 Elina Svitolina 6-1 6-1 to reach the quarterfinals. On the men’s side, Alexander Zverev beat Andy Murray 6-4 7-6(4) to enter the fourth round.

Child prodigy Divya Deshmukh has become India’s latest Woman Grand Master. The 15-year old from Maharashtra scored five points at a chess tournament in Budapest and came up with a rating performance 2452 to secure her third and final WGM-norm. — Agencies