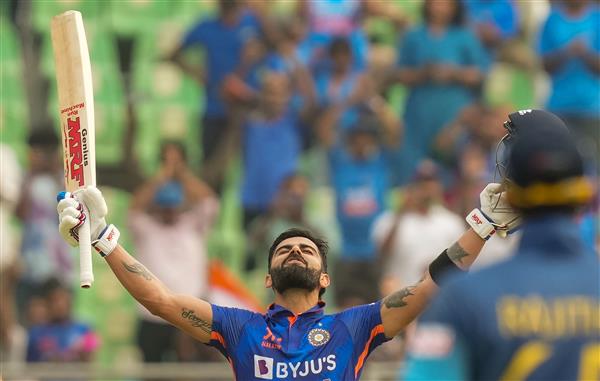 Virat added another record to his pile of accomplishments during India’s third and final ODI of the series against Sri Lanka in Kerala.

In the 35th over of India’s batting, Kohli smashed a leg-cutter bowled by Chamika Karunaratne between mid-off and covers for a four. With this, he was able to become the fifth-highest run scorer in ODIs.

Virat is currently racing towards his 46th ODI and 74th international cricket century. He has hit his 65th ODI fifty.

Coming to the match, India is racing towards the 300-run mark. Shubman Gill was dismissed after scoring a knock of 116 runs in just 97 balls with 14 fours and two sixes. Indian skipper Rohit Sharma smashed 42 off 49 balls.