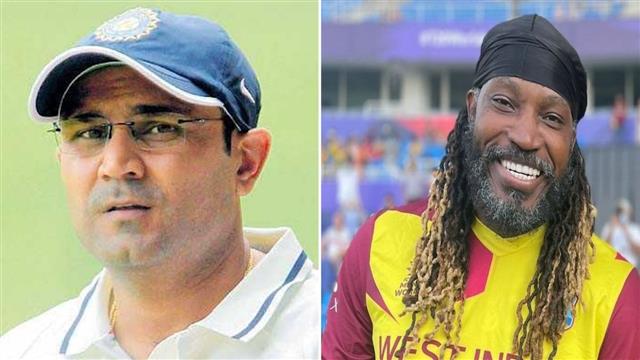 Their team, the Adani Sportsline-owned Gujarat Giants, will play the final leg match of the Legends League Cricket at the Barkatullah Khan Stadium here on Monday.

The cricketers exhibited stunning moves as they grooved to traditional music in traditional outfits at a special garba night.

Gujarat Giants, led by Sehwag, have qualified for the playoffs and will play the eliminator match on Monday.