Watch 'catch of the year': From England Cricket team to Sachin Tendulkar, all 'bow' to Harleen Deol 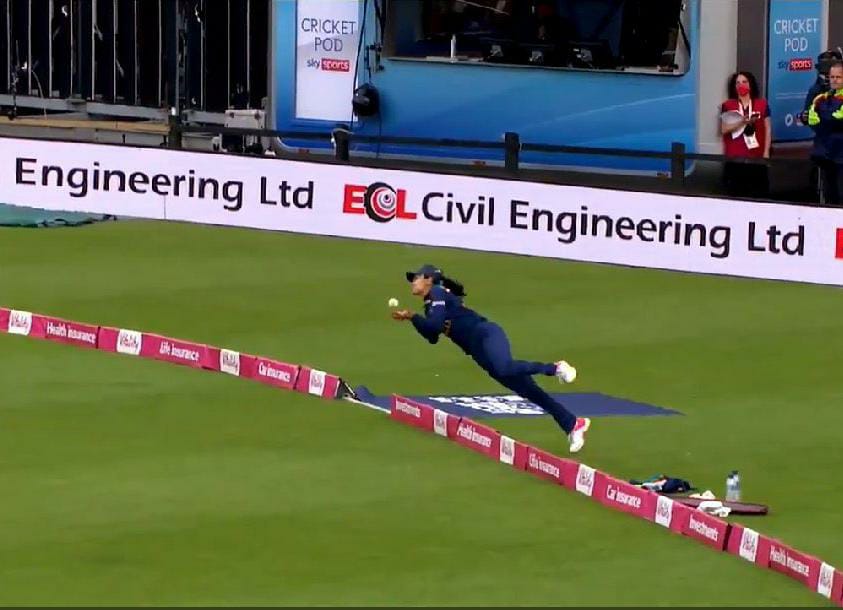 This was a moment of brilliance in the rain-marred 1st T20I from India's Harleen Deol that stood out with the video going viral on Twitter.

Though India lost the match against England, but the “catch of the year” that Harleen Deol took have many fans on Twitter clap for the youngster.

The England Cricket teams too were at awe of Harleen Deol’s incredible catch, they posted a small clip on twitter and wrote “A fantastic piece of fielding We finish our innings on 177/7”

A fantastic piece of fielding 👏

This, by India’s Harleen Deol, will rank among the best boundary catches you’ve seen anywhere in cricket. Men’s or women’s, doesn’t matter. https://t.co/AGP7GCdpOD

That was a brilliant catch @imharleenDeol. Definitely the catch of the year for me!pic.twitter.com/pDUcVeOVN8

Nope. Not possible. Couldn’t have happened. Must be some special effects trick. What? It was real? Ok, move over Gal Gadot; the real WonderWoman is here... pic.twitter.com/Cr9STZrVnW

In was in the 19th over that Deol took the magnificent catch on the boundary as she timed her jump and saved a six. She quickly dived forward to catch the ball inside the boundary and the team got rid of Amy Jones.

Despite the effort, England finished with 177 for 7 at the end of 20 overs and India faced a 18-run defeat. Batting first, England were on top of their game with Nat Sciver scoring the fastest fifty in T20Is from her country.