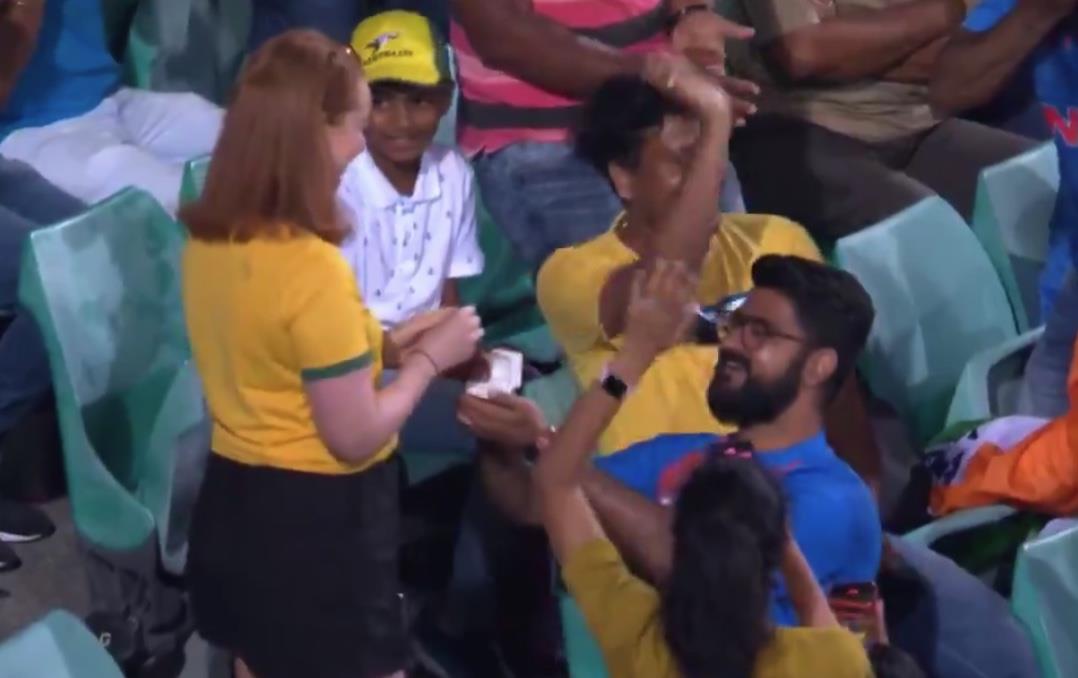 An Indian fan's marriage proposal to his Australian partner during the second ODI between Australia and India. Image: Screengrab/@mufaddal_vohra

An Indian fan's marriage proposal to his Australian partner during the second ODI between Australia and India at the Sydney Cricket Ground on Sunday is winning hearts on social media.

Proposal at the SCG, the girl said yes! pic.twitter.com/Ca804STEwd

The man went down on his knee, cheered on by onlookers, taking his partner by surprise.

The woman accepted the proposal and the couple embraced as the commentators and the players enjoyed a light-hearted moment.

Australia beat India by 51 runs in the second ODI on Sunday at the Sydney Cricket Ground (SCG). The hosts have thus sealed victory in the three-match series, having taken an unassailable 2-0 lead.

Chasing a mammoth target of 390, India were restricted to 338/9 after another century from Steve Smith took Australia to 389/4 batting first.