Kohli was inducted in the RCB squad in 2008, and started leading the side in 2013 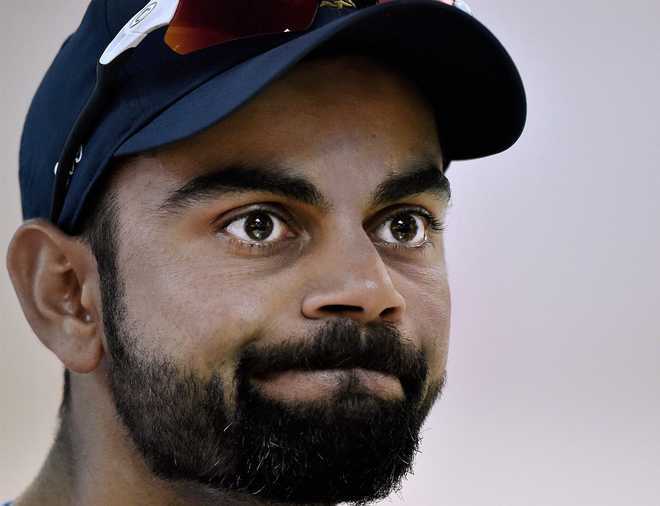 Virat Kohli to quit RCB captaincy after this year's IPL

Virat Kohli will step down as captain of his IPL team Royal Challengers Bangalore at the end of the ongoing season, the Indian batting maestro announced on Sunday, two days after deciding to quit national T20 captaincy following next month's World Cup.

The 32-year-old will quit the India T20 captaincy to manage the immense workload that he has been enduring as an all-format skipper and his decision to leave the leadership role in franchise cricket is part of those efforts.

"This will be my last IPL as captain of RCB. I'll continue to be an RCB player till I play my last IPL game. I thank all the RCB fans for believing in me and supporting me," Kohli said in a video statement issued by RCB.

Virat Kohli to step down from RCB captaincy after #IPL2021

“This will be my last IPL as captain of RCB. I’ll continue to be an RCB player till I play my last IPL game. I thank all the RCB fans for believing in me and supporting me.”: Virat Kohli#PlayBold #WeAreChallengers pic.twitter.com/QSIdCT8QQM

"I have spoken to the squad. It was something that was on my mind as I recently announced stepping down as T20 captain to manage my workload which has been immense.

"I want to be clear about how I want to move forward. I have made it clear to the management that I can't think of being in any other team apart from RCB," he added.

Kohli was inducted in the RCB squad in 2008, when the league came into existence, and started leading the side in 2013. He has not managed to win the IPL title even once but was never removed from captaincy due to his immense brand value.

"It is just a little halt, not the end of the journey. The journey will continue," he asserted.

One of the most decorated players of the franchise, the star batsman will continue to be a part of the RCB squad.

Kohli has been enduring a tough phase in which he has gone without a Test century in two years and perhaps the decision will help focus on the longest format of the game.

He has managed 563 runs at 26.80 in 12 Tests during this period. "It has been a great and an inspiring journey, captaining a talented bunch of players in the RCB squad.

"I would like to take this opportunity to thank the RCB management, coaches, support staff, players, and the entire RCB family, who have been instrumental in the growth of the franchise over the years.

"It wasn't an easy decision but one that has been well thought of and in the best interest of this wonderful franchise."

Kohli has played 199 IPL matches and scored 6076 runs so far with five hundreds.

He had his best IPL season as a batsman in 2016 when he claimed the Orange Cap with 640 runs averaging an astonishing 81.

The highest paid cricketer in the IPL, Kohli was the first to be retained by his franchise ahead of the 2018 players auction.

Mike Hesson, RCB's director of cricket operations, thanked Kohli for his contribution as the team's captain.

"Have only been here a short time but I thank you @imVkohli for all you have done for  @RCBTweets as a fully committed leader and team man, your energy and passion is infectious. I know the boys are fully committed to help send you out on a well deserved high skipper," Hesson tweeted. PTI