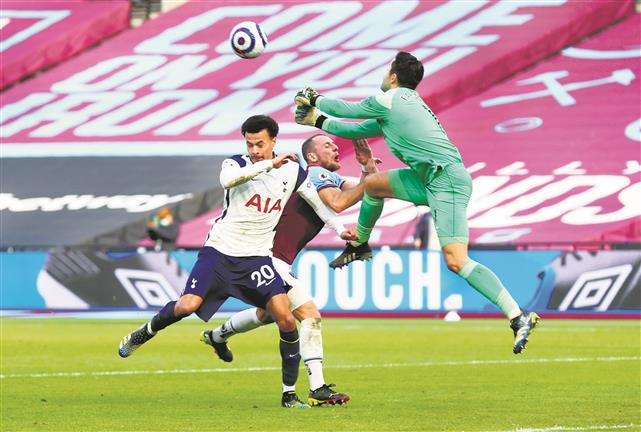 West Ham United claimed fourth spot in the Premier League as goals early in each half by Michail Antonio and Jesse Lingard earned them a nervy 2-1 win over Tottenham Hotspur today.

Their seventh win in their last nine league games moved West Ham two points above Chelsea in their mounting challenge for a Champions League spot while Tottenham have slumped to ninth.

Leicester up to second

James Maddison and Harvey Barnes scored quick-fire first-half goals as Leicester City notched up a 2-1 win away to Aston Villa to go second in the table.

Twelve months ago Liverpool were ripping up the record books on the way to their first English top-flight title for 30 years but defeat by Everton on Saturday left them mulling a host of far less flattering statistics.

Their 2-0 defeat at Anfield was their first loss at home to city rivals Everton since 1999 and was a fourth home league defeat in succession — something they have not experienced since 1924. They are down to sixth, 16 points behind leaders Manchester City. — Reuters