When Ricky Ponting tried to make Prithvi Shaw practise, and Shaw said no!

DC coach was left baffled by Shaw’s theories on batting 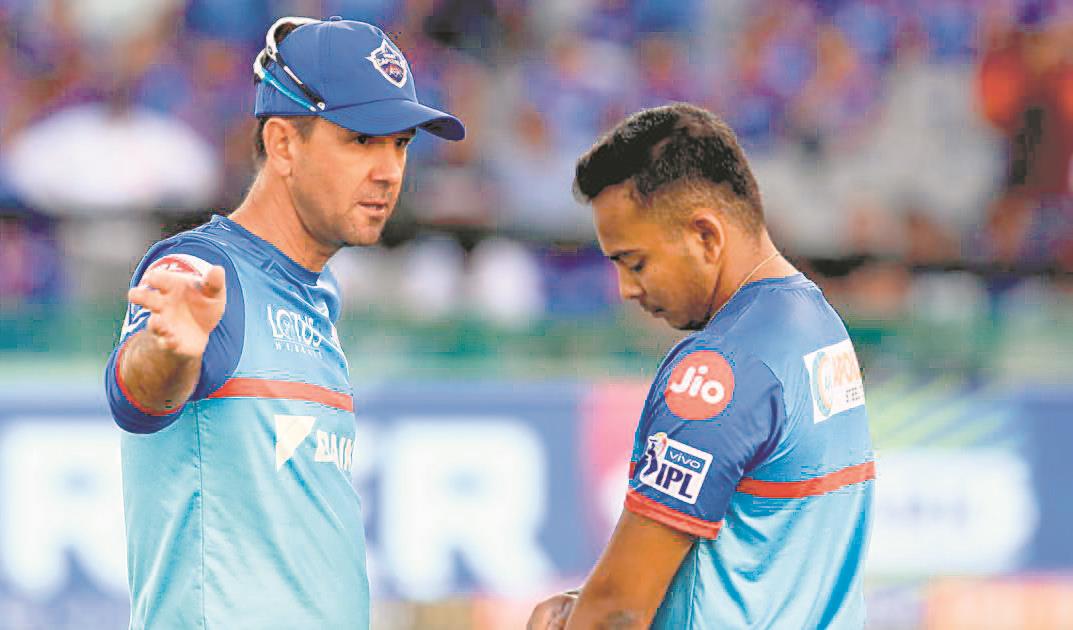 Delhi Capitals head coach Ricky Ponting has revealed that opening batsman Prithvi Shaw refused to bat in the nets when he struggled to get runs during IPL-13 last year in the UAE.

In an interview, Ponting said that the young right-hander had a theory that he would bat extra in the nets when he was in form but not practice at all when he was going through a lean patch.

Ponting said that Shaw’s approach baffled him. “I’ve tried (taking Shaw under his wing) the last two years and I’ve really enjoyed working with him,” said Ponting. “...but he had an interesting theory on his batting last year — when he’s not scoring runs, he won’t bat, and when he is scoring runs, he wants to keep batting all the time.”

“He had four or five games where he made under 10 and I’m telling him, ‘We have to go to the nets and work out (what’s wrong)’, and he looked me in the eye and said, ‘No, I’m not batting today’. I couldn’t really work that out.”

Ponting added: “He might have changed. I know he’s done a lot of work over the last few months, that theory that he had might have changed, and hopefully, it has, because if we can get the best out of him, he could be a superstar player.”

Ponting said that he was tough on Shaw during IPL 2020 but that didn’t help. “I was going pretty hard at him,” said Ponting. “I was basically telling him, ‘Mate you’ve got to get in the nets. Whatever you think you’re working on, is not working for you’.”