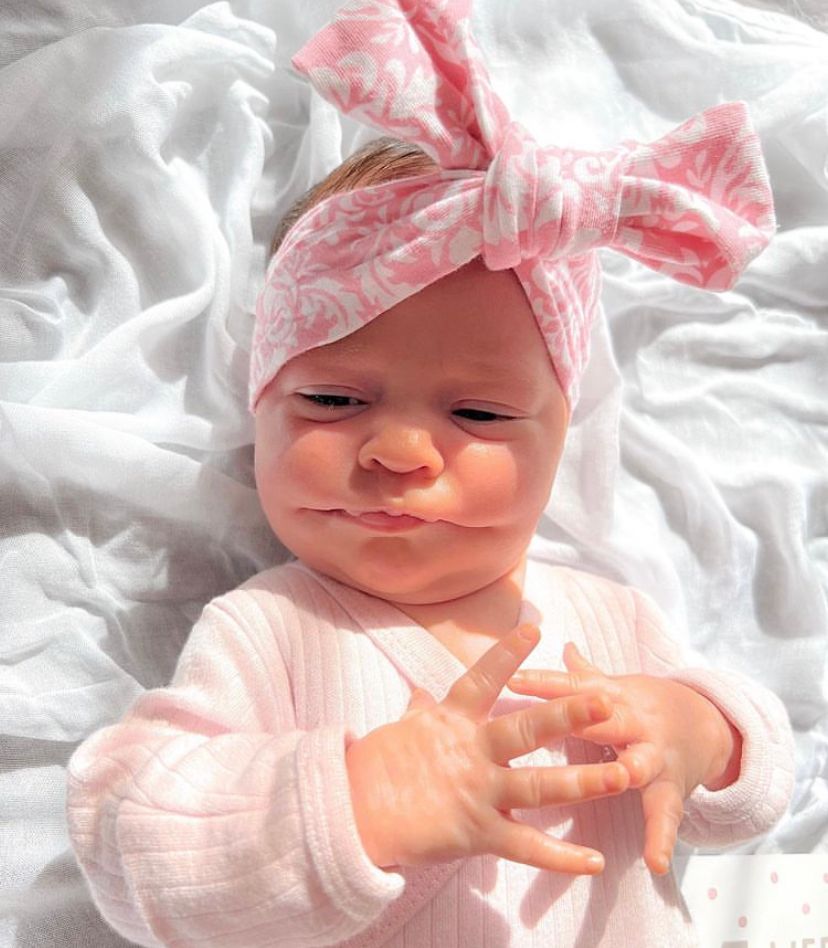 Photos of a baby named Ayla Summer Mucha in Australia born with bilateral macrostomia-- where the corners of mouth don't fuse together during pregnancy--has gone viral.

The rare condition makes it seem as though she has a 'permanent smile'. The baby was born in December 2021.

According to New York Post, a study published in Cleft Palate-Craniofacial Journal in 2007 noted 14 cases with this condition.

Her parents Cristina Vercher, 21, and Blaize Mucha, 20, were given the news by the doctors in Australia, who said Ayla developed this condition in the womb.

Ultrasound scans of Vercher before she went for the caesarian also did not show the abnormally large mouth opening.

Ayla's parents are talking to doctors about a surgery to fix her wide smile as she may not be able to latch or suckle.