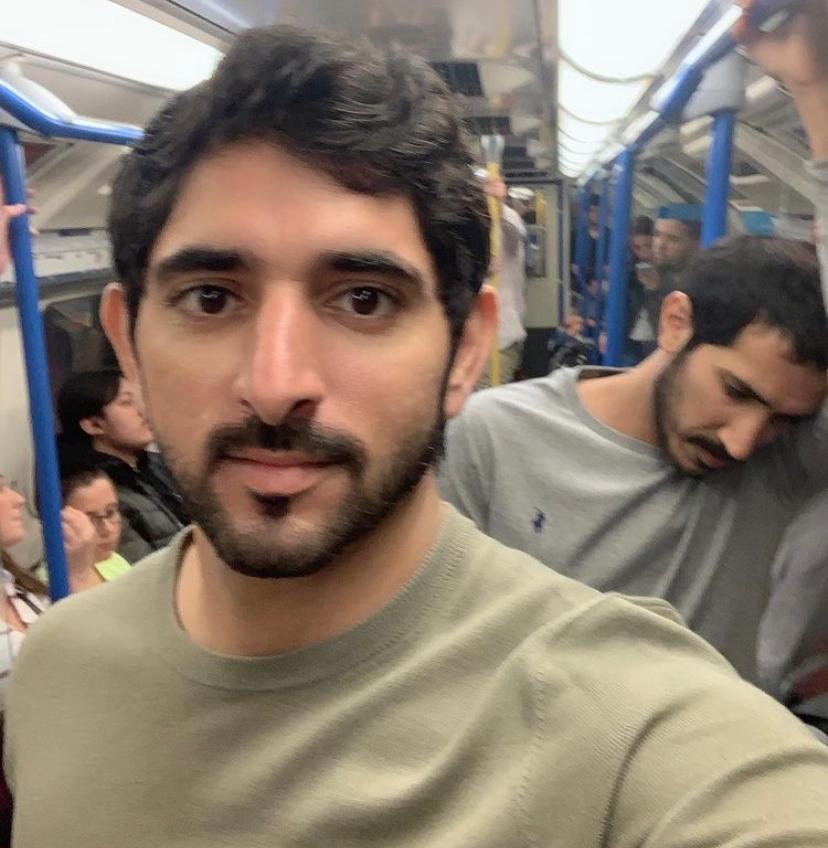 Crown Prince of Dubai Sheikh Hamdan bin Mohammed Al Maktoum is on vacation in London with his family and friends.

He has been sharing videos from there on his official Instagram handle. He has 14.5 million followers.

One of his photos have gone insanely viral, where Sheikh Hamdan is seen standing in the middle of a crowded London Tube compartment with his friend.

His friend has been identified as Badr Ateej and both are unrecognised by the passengers of the train.

“We've got a long way to go and Badr is already bored," the Dubai Crown Prince said in the caption of the post shared almost a week ago.