This was despite his best efforts to tutor his son by doing revisions everyday. 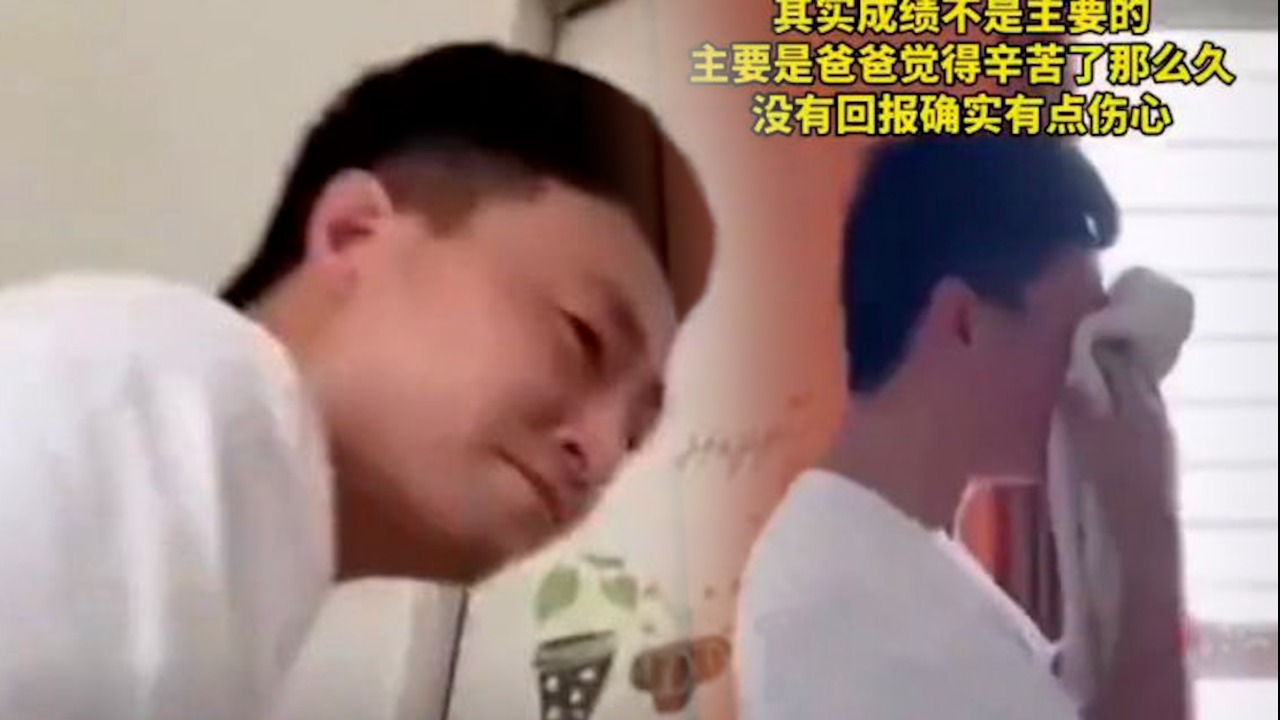 It’s a known fact that parents are more disheartened than students if they don’t score good marks in exams.

A father in China was reportedly left wiping his tears after his son scored just six out of 100 marks in his Maths examination.

A father in China broke down in tears after his son scored a dismal 6/100 for his math exam.

This was despite his best efforts to tutor his son by doing revisions everyday. The marks came as a shock for him because he had personally tutored his son for a whole year, reported Mothership.

The father’s reaction was captured in a video that went viral after being shared on Chinese social media platform Weibo.

In the clip, the father is seen trying to hold back his tears but fails to do so. He breaks down while getting filmed and grabs a towel to wipe his tears. “I don’t care anymore, my efforts are wasted, let him struggle by himself,” the father is heard saying.

His wife, who reportedly recorded the moment, is heard laughing in the background.

It was revealed that his son used to fetch better marks before which ranged from 40 to 50 out of hundred. Moreover, the boy had even scored up to 90 marks once. But, after getting personally taught by his father, he could not even score 10 and ended up with a just six marks, reported Taiwanese media ET Today.

Netizens have since debated over who's to blame for the boy's poor results.

The video garnered millions of views on Weibo and also elicited varying reactions from users. While some sympathised with the father others said the poor score was the result of his insufficient tutoring. Some suspected that the low score could be a sign of protest by his son who didn’t want tuitions from his father anymore.