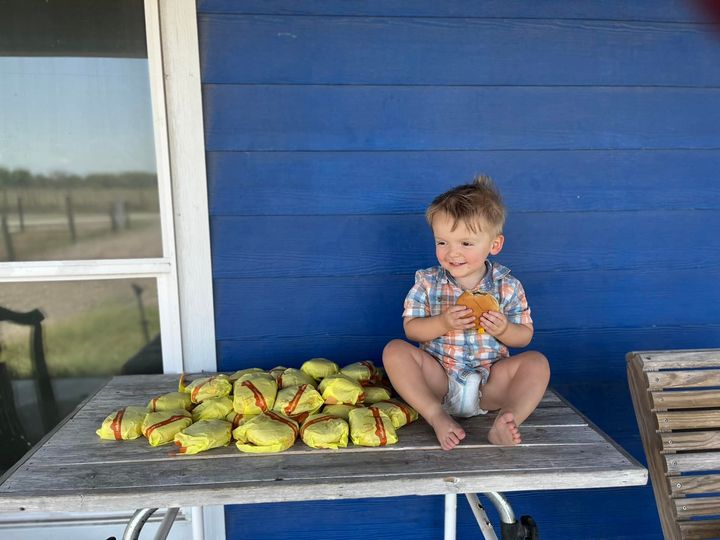 Golden initially thought that the delivery driver was at wrong house but later realised that her son had been playing with her phone. Pic credit- Facebook/Kelsey Burkhalter Golden

Children nowadays are technology savvy and their attraction towards gadgets has enhanced over the time. Thus, it also becomes utmost notable to keep an eye on them while they embrace new world of mechanisation. Sometimes, in a bid to try hands on the new devices, they end up making big blunders. A recent incident, where a 2-year-old toddler accidently ordered 31 cheeseburgers using his mother’s smartphone, is attestation of how monitoring children become paramount.

As per a report of CNN, Kelsey Golden, who works in media marketing of a school in Texas, was working on her computer at home. In the course, she was transferring some photos from her phone to computer when her child whisked away her phone and started pressing screen arbitrarily.

Much to her surprise, Golden received a notification which stated that her order will take a bit longer to process. She, however, paid no heed as she often ordered snacks online and thus assumed the notification was sent retrospectively.

Later, while she was playing with her son on the porch, a car entered their premises with delivery. At first, Golden thought that the delivery driver was at wrong house but later realised that her son had been playing with her phone. She instantly rushed to grab her phone and found that an order for 31 cheeseburgers had been placed. The total order amounted to $91.7, amalgamating the generous tip toddler had left.

The big order was not convincing for Golden as no one in the family likes cheeseburger. She thus posted a message on Facebook, offering free cheeseburgers to people.

Users who noticed the post reportedly reached her place and collected the cheeseburgers.