It is ‘recognition of her love and joy for life’ 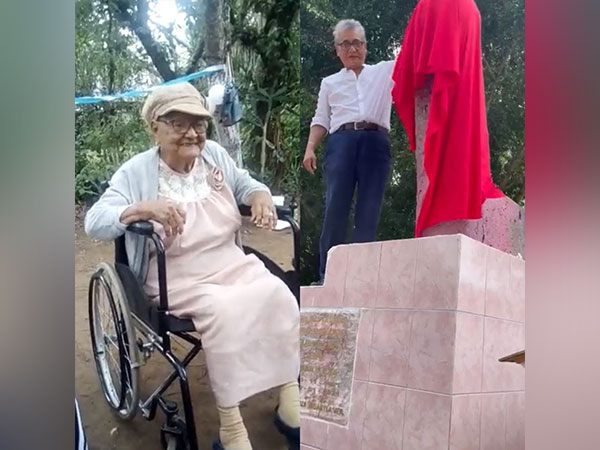 A Mexican great-grandmother named Catarina Orduna Perez recently got her wish granted of having a giant statue of a penis on top of her grave following her death.

Vice has reported that as a "recognition of her love and joy for life," a statue of a 5-and-a-half-foot-tall penis and balls weighing almost 600 pounds, mounted on her tomb, was erected by the grandmother's family at her tomb in a Mexican cemetery.

Catarina's grandson Alvaro Mota Limon told VICE World News in an interview, "She wanted to break the paradigm of everything Mexican, where things are sometimes hidden because of not having an open mind... She was always very avant-garde, very forward-thinking about things."

Prior to her death at the age of 99, Catarina, who died on January 20, 2021, was known as Dona Cata in her small town of Misantla because of her fascination with penises. Mota Limon, explained to Vice, "She always said, in the Mexican sense, that we were vergas." For context, the Spanish word 'vergas' can be somewhat translated to 'c--ks' in English, but it has many other colloquial meanings depending on different contexts and expressions. It can also mean a compliment, a badge of honour, that if something is 'verga', it's cool or badass.

As per Vice, Mota Limon recalled how his grandmother "saw life with great optimism and that problems shouldn't overwhelm us." She conceptualized that idea to the family with the metaphor of a penis, meaning when you're verga, "one should not give up. When problems arose, you needed to face them head-on." Isidro Lavoignet, the engineer who created the statue, told the outlet, "At first I thought it was a joke because it's not very common to see these kinds of sculptures or monuments and even less so in the memory of someone who's deceased." After the late grandma's family remained adamant about the structure, Lavoignet, along with a team of 12 people that included sculptors, carpenters, carvers, and sanders, started working on it and completed it in a month.

Though there were conservatives who were not happy with the display of a giant penis on top of a grave, Catarina's grandson said that the family had discussed the backlash when planning the statue and were prepared for the "onslaught of criticism," as per Vice. ANI