'How to break arm at home' Russians top Google search as Putin announces that he will deploy citizens to fight Ukraine : The Tribune India

After the announcement, the Russians also bought one-way plane tickets out of the country 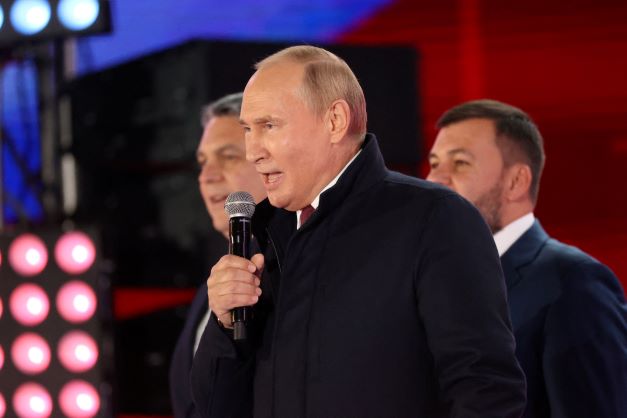 "How to break an arm at home" on Wednesday became the top Google search in Russia soon after Russian President Vladimir Putin announced that he will deploy citizens to fight Ukraine.

As per New York Post, after the announcement, the Russians also bought one-way plane tickets out of the country.

President Putin and military officials said 3,00,000 reservists would immediately be conscripted to fight in the unprovoked invasion after the warring country had lost significant ground in Ukraine amid recent counterattacks, said the report. The Russians were given just four hours to pack their bags and say goodbyes to their families, said a report in Metro.

Thousands have sought to flee the country, with hours of long queues at the borders to Finland, Georgia, and Mongolia. Among them, a few lucky got the flight, but others were refrained from departing even if when they had the tickets or visa.

Two hours after the speech, Google searches for “how to break an arm at home” had soared in the nation, quickly rising from a rating of 0 to 38 out of 100 in the search engine’s trend data, according to Newsweek. Google data also showed a rise in searches for Aviasales, the country’s most popular flight booking website.

Direct flights and routes with stopovers from Moscow to Turkey and Armenia — where Russians can enter without a visa — were sold out through Sunday, according to Aviasales.

The United Nations Human Rights Office estimated earlier this month that more than 14,000 Ukrainian civilian casualties had been recorded while cautioning that the true number was “likely considerably higher.”