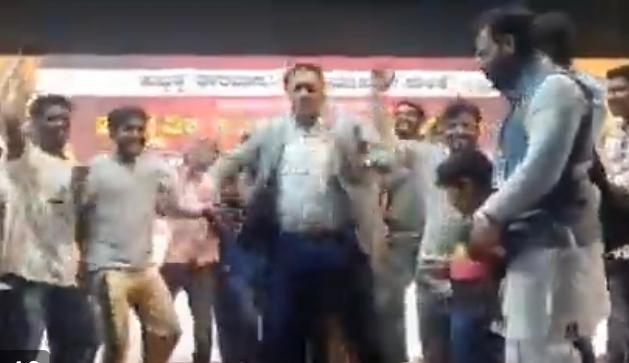 Little did the IAS officer know that his regular dance video would go viral.

Hubballi-Dharwad Municipal Corporation (HDMC) commissioner B Gopal Krishna has been seen dancing to a popular Kannada song at a cultural event, which has been loved by the people on the social media.

Krishna danced to the title song of film “Tagaru” at the event organised by the HDMC employees’ association at Vidya Vardhak Sangha, Dharwad on Friday.

After the IAS officer’s customary speech at the event, the civic workers requested him to dance.

Watching the IAS officer shake a leg, the audience was left speechless.

Gopal Krishna said trhat he have been a passionate dancer from my school days and continued to dance even now.

"My colleagues (civic workers) asked me to dance and I just joined them. I did not know that the video would go viral,” Gopal Krishna told indianexpress.com