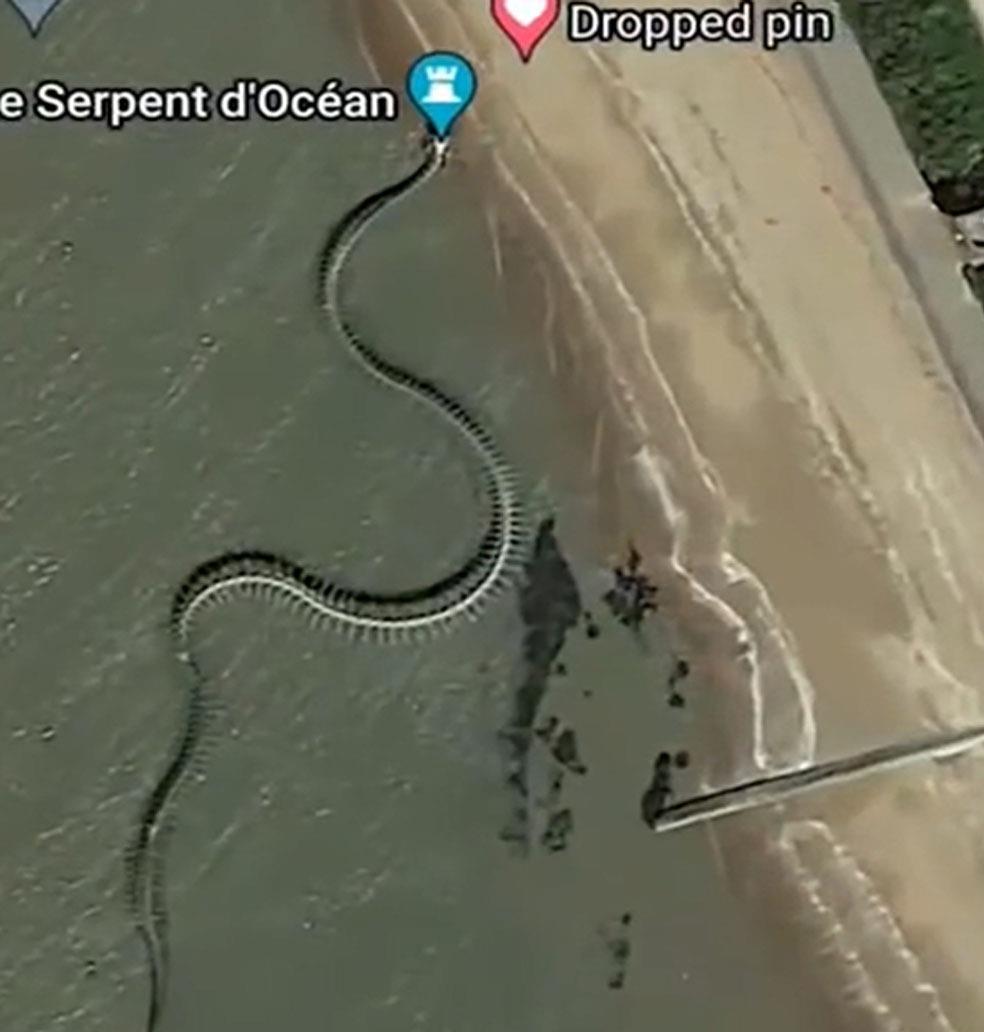 a still from video.

Internet was at awe on the discovery of a huge 'snake skeleton' in France on Google Maps--the video of which has gone viral has had over millions of views on a TikTok.

On getting closer to the video on Google Maps, you will actually see a huge snake-like object.

However, it is not a snake skeleton in real. According to Snopes, the 'snake skeleton' is actually a "large, metallic sculpture that's known as Le Serpent d'Ocean."

“On March 24, 2022, the @googlemapsfun TikTok channel published a new video. It purportedly documented the Google Maps discovery of a giant snake skeleton — that of the extinct Titanoboa — off the coast of France. However, this was not true. It simply showed a large, metallic sculpture that’s known as Le Serpent d’Océan. It’s true that there’s a giant snake skeleton off the coast of France that’s visible on both Google Maps and Google Earth. However, it’s an art installation made of metal, not a real skeleton, says Snopes.

The sculpture is located on the west coast of France and measures a whopping 425 feet.

Le Serpent d'Ocean was unveiled in 2012 as part of the Estuaire art exhibition. It was created by Chinese-French artist Huang Yong Ping, reports Atlas Obscura.