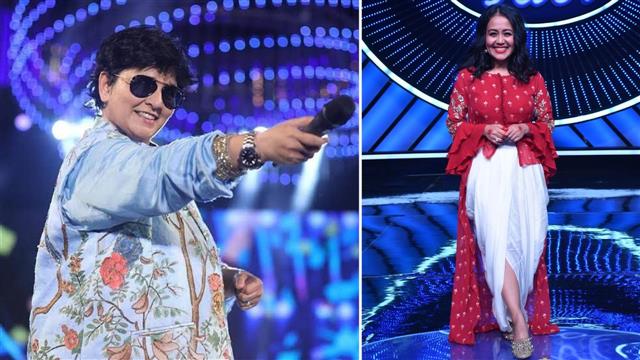 Remix queen Neha Kakkar has found herself at the receiving end of criticism ever since the release of her new music video ‘O Sajna’.

The song, which was released earlier this week, is a remixed version of singer Falguni Pathak’s iconic 1999 song ‘Maine payal hai chhankai’.

The viewers have been criticising and trolling Kakkar for ruining the innocence of the original track.

Her recreation was even bashed by Pathak as she revealed her first reaction to Kakkar’s version during an interview with Delhi Times.

“I got to know about the remixed version three-four days back. First reaction was not good. I was like, mujhe bas ulti aani baaki thi, aisa ho gaya tha. (I was about to puke, it was like that),” she said.

Condemning the song for ruining the beauty of the original track, she added, “Video aur picturisation mein jo innocence thi, uska pura satyanash kiya hai iss gaane mein (The video and picturisation had such innocence but they have ruined it).

“Remixes are happening but do it in a decent way. If you want to reach out to the younger generation, change the rhythm of the song, but don’t make it cheap. Don’t change the originality of the song. I don’t think I need to do anything; my fans are taking action against the song. I am just sharing the stories. Why should I keep quiet when they are supporting me, main kaise chup baithun” she added.

Pathak shared the stories of her fans dissing the new version on her own Instagram stories.

The Dandiya queen also expressed her desire to take legal action against the makers on Pinkvilla but said the song’s rights weren’t with her. "I wish I could but the rights are not with me."

Meanwhile, unhappy at Kakkar’s take on the song, fans of Pathak started demanding a ‘ban’ on the former for ‘ruining their childhood’ with her remix.

Twitterati had a field day and result was memes galore.

Dear Neha Kakkar, you have just ruined our childhood. You can't even imagine our love for falguni and craziness for her songs. I am not against remix but it's high time you need to understand that not all songs are meant for remix #FalguniPathak #NehaKakkar @Sassy_Soul_ pic.twitter.com/m692jQJg6d

Amid all the backlash, Kakkar shared two cryptic notes on her Instagram stories. The first note read, "If talking in such a manner, saying such bad things about me, abusing me makes them feel good and if they think it will ruin my day. Then I'm sorry to inform them that I'm too blessed to have bad days. This God's child is always happy coz God himself/herself is keeping me happy (sic)." 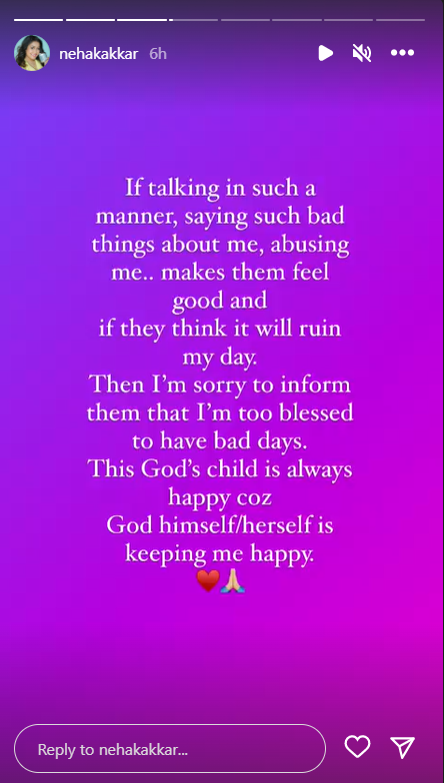 In another Instagram story, Kakkar added, "And for those who're sooo Unhappy seeing me HAPPY and SUCCESSFULL. I feel sorry for them. Bechaare.. Plz keep commenting. I won't even delete them. Coz I know and Everybody knows What NEHA KAKKAR Is!! (sic)." 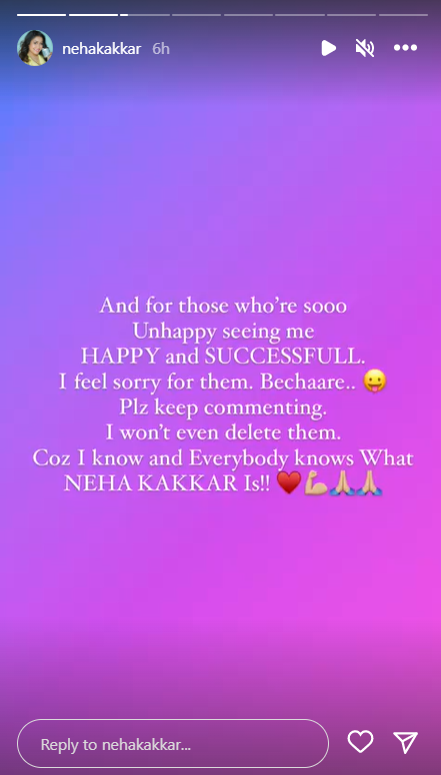 The new track, ‘O Sajna’ features Neha along with Dhanashree Verma and Priyank Sharma. It has been composed by Tanishk Bagchi and features the hook line from the original with additional lyrics by Jaani.