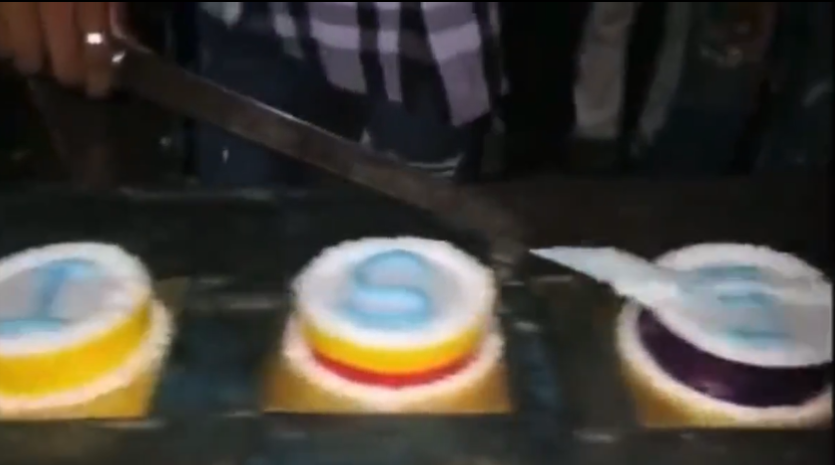 The video shows the boy cutting cakes with a sword along with his friends. Video Grab

Cutting his birthday cake with a sword on a city street proved costly for a Mumbai boy.

The 17-year-old boy was booked for allegedly cutting 21 cakes with a sword while celebrating his birthday on a crowded street in the western suburb of Borivali here, police said on Monday.

A video of the incident which took place on Friday surfaced on social media, following which the offence was registered on Sunday, an official from MHB police station said.

The video shows the boy cutting cakes with a sword along with his friends, he said.

A case under relevant provisions of the Arms Act has been registered in this regard and further probe is underway, the official said.