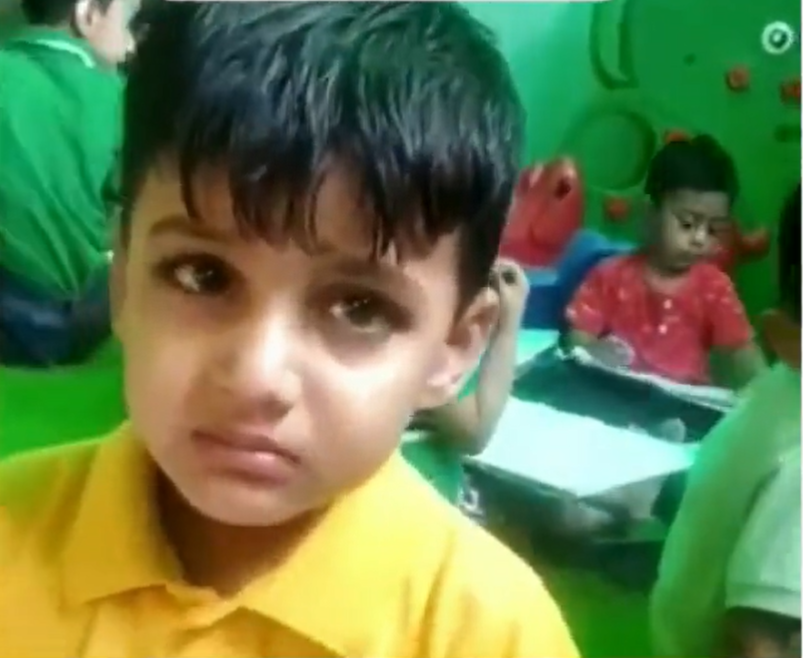 A video grab of the child threatening his teacher. Credit: @Gulzar_sahab/Twitter

Videos of kids throwing innocent tantrums often surface online and bring a smile on everyone’s face. One such recent video of a boy issuing cute threats to his schoolteacher has been doing the rounds on the Internet.

The boy can be seen threatening the teacher that his father is in the police and he would shoot her in case she scolded him.

The child replies, “Maar dega goli. (He will shoot you.)”

The teacher goes on to ask “Kisko maar dega? (Who will he shoot?)”

The young lad also discloses the place where his father’s gun is kept as he tells the teacher, “Sandook ke upar rakhi hai.”

The teacher asks the child if he’ll shoot her and the child nods while crying.

She laughs it off and asks him why he doesn’t study and if he doesn’t like studying, “Padhai kyu nahi karte, padhai karna achha nahin lagta?”

The video was shared on Twitter by ‘Zindagi Gulzar Hai’. Since being posted online, the video has amassed over 62.9k views and the netizens adored the kid's innocence.