Internet hails her dedication to reach out to people in distress

Pictures of an IAS officer from Assam inspecting the flood-affected areas have been doing the rounds on Internet lately.

Keerthi Jalli, the Deputy Commissioner of Cachar district in Assam has gone viral for showing utter dedication in rendering her services.

Pictures of Jalli garnered praise from netizens for the officer can be seen walking barefoot on the flood-affected areas to inspect the destruction.

The brave-hearted officer was hailed for her commendable role as an administrator who reached out to people in distress and listened to their problems and concerns.

Madam Deputy Commissioner Inspected the flood & erosion affected areas of Chesri GP, Village- Chutrasangan under Borkhola Dev. Block, on foot where she interacted with local people to understand their problems due to this flood & erosion and instructed concerned officials to pic.twitter.com/93krg6nVH0

Read what people had to say: 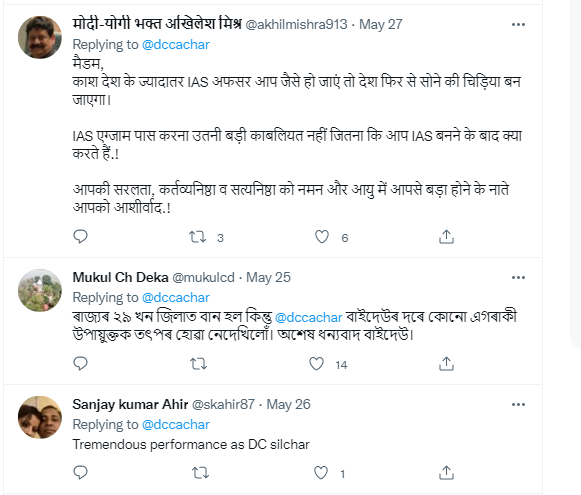 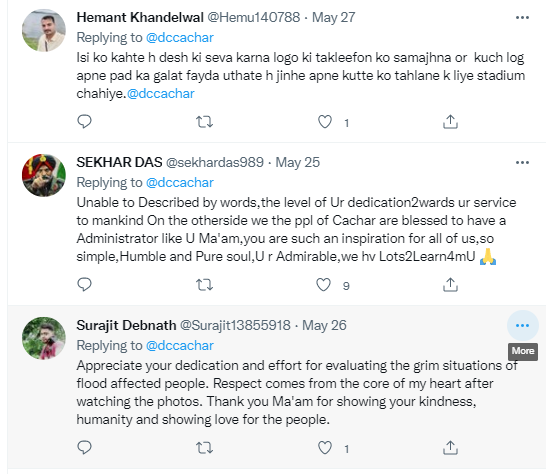 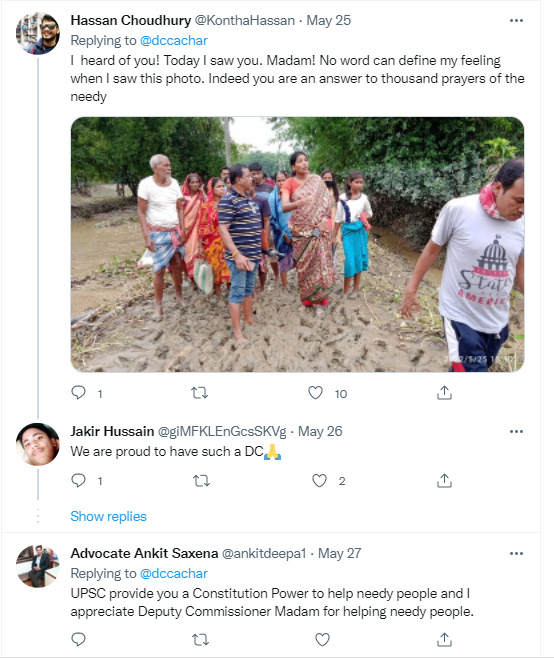 She interacted with people to take notes on the issues faced by them due to the devastating effects of the flood. She even instructed the concerned officials to put in place all measures to protect the land from flood and erosion.

Incessant rains, floods and landslides wreaked havoc in various parts of Assam, affecting over 5 lakh people in 20 districts of the state.