Rishi Sunak's pic goes viral as 'killer Brutus', his supporters say 'wait till you find out how Johnson got the PM job', others refer to his alleged 'multiple affairs' 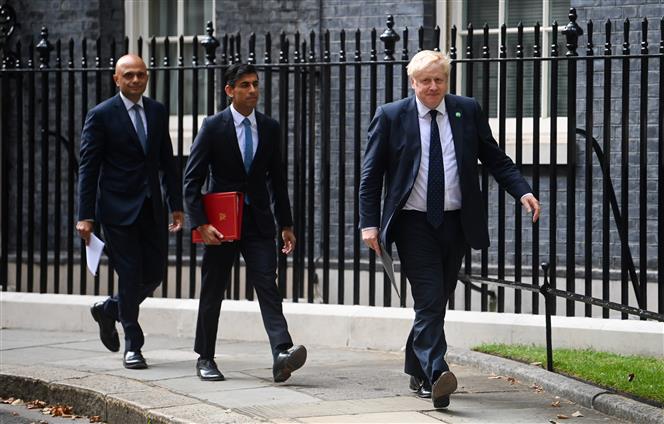 A file photo of outgoing British Prime Minister Boris Johnson and behind is Rishi Sunak. Reuters

The fight to get the British Prime Minister’s post has turned very distasteful and ugly.

A photoshopped picture showing an image of outgoing British Prime Minister Boris Johnson dressed as Roman leader Julius Caesar and Rishi Sunak stabbing him in the back as he is refereed as "killer" Brutus, has gone viral on the social media.

The picture has been found in “a poor taste and even verged as dangerous” by Business Minister Greg Hands, who is backing the British Indian ex-minister in the PM’s race. 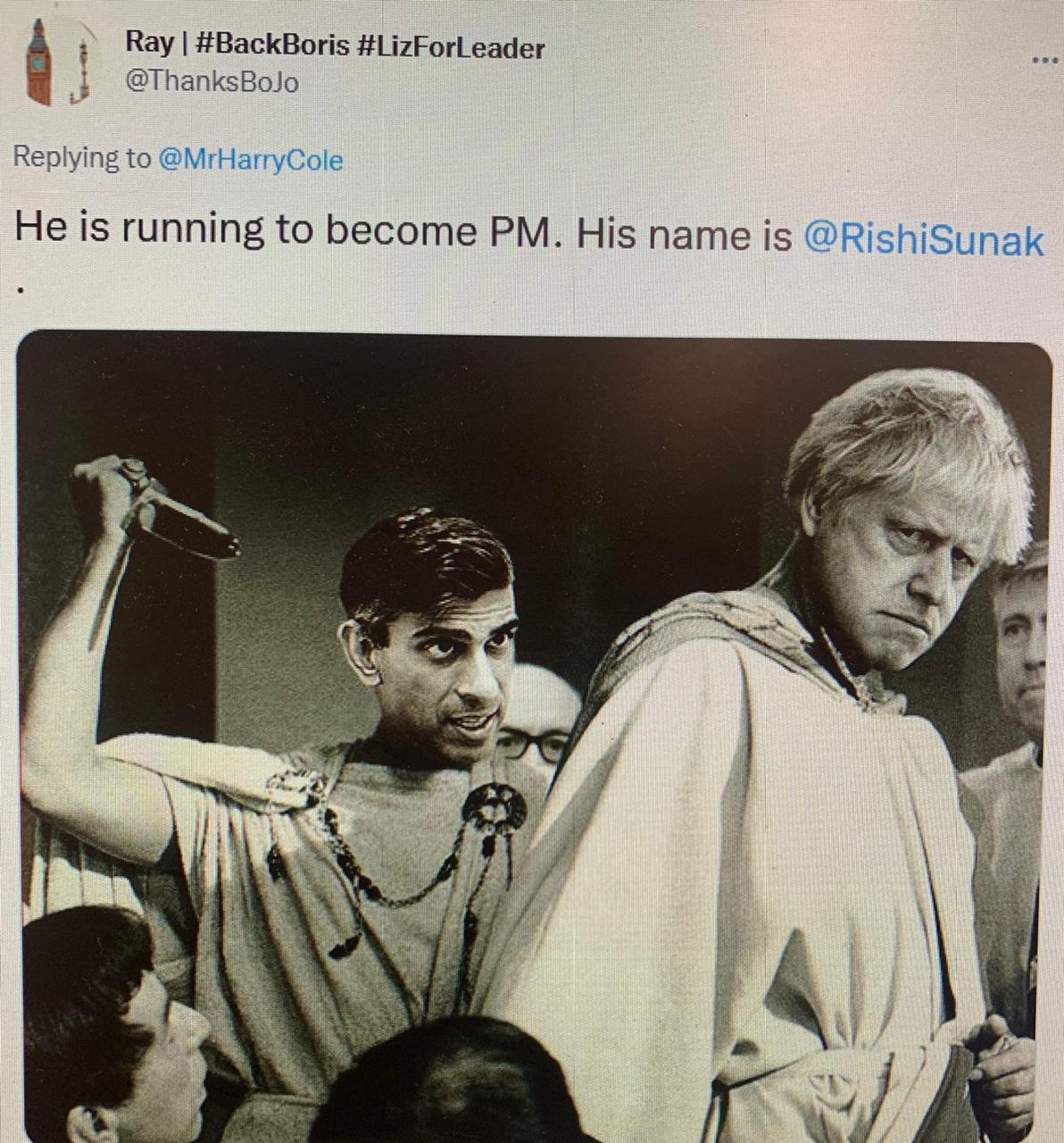 The picture was re-posted by Culture Secretary Nadine Dorries on twitter.

It was however taken down or deleted later.

Apart from them, twitter users were on a war over the photo with some supporting Rishi and others denouncing Johnson.

Below are a few reactions:

Wait til you find out how Johnson got the job 😲

Nads! Not got any pics of Boris betraying his wives with multiple affairs and getting his mistresses tax payer funded jobs? pic.twitter.com/qvwxnTujsR

This should be taken down immediately

This should be taken down immediately