In the short clip, Tharoor can be seen placing his chin on table while being engrossed in conversation with Sule 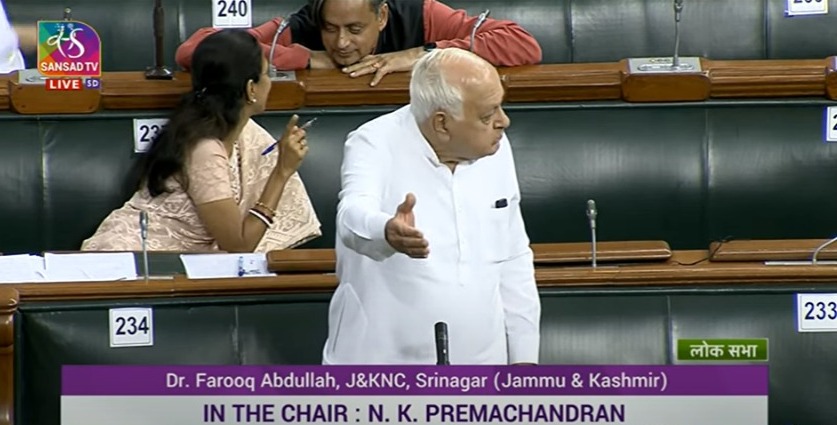 In the short clip, Tharoor can be seen placing his chin on table while being engrossed in conversation with Sule. While Shashi talks to Sule, Lok Sabha MP from Srinagar, Farooq Abdullah delivers his speech.

The video has been shared by Twitter user named Farrago Abdullah. However, the video was edited as user added famous ‘Shiravalli’ song to the video.

It was a great speech by Farooq Abdullah. Must listen for everyone. @ShashiTharoor pic.twitter.com/STQe0yulxG

This scene from parliament was captured when house was discussing utmost important Ukraine-Russia war, hence the incident drove attention of users and Twitter was flooded with reactions and memes.

Tharoor, however, took cognisance of the viral video and cleared air over the issue. He told Supriya was asking him policy related question as she was next speaker in Parliament.

Tharoor also took dig at netizens for giving different meanings to their discussion. In a light hearted tweet, he wrote lyrics of a popular hindi song.