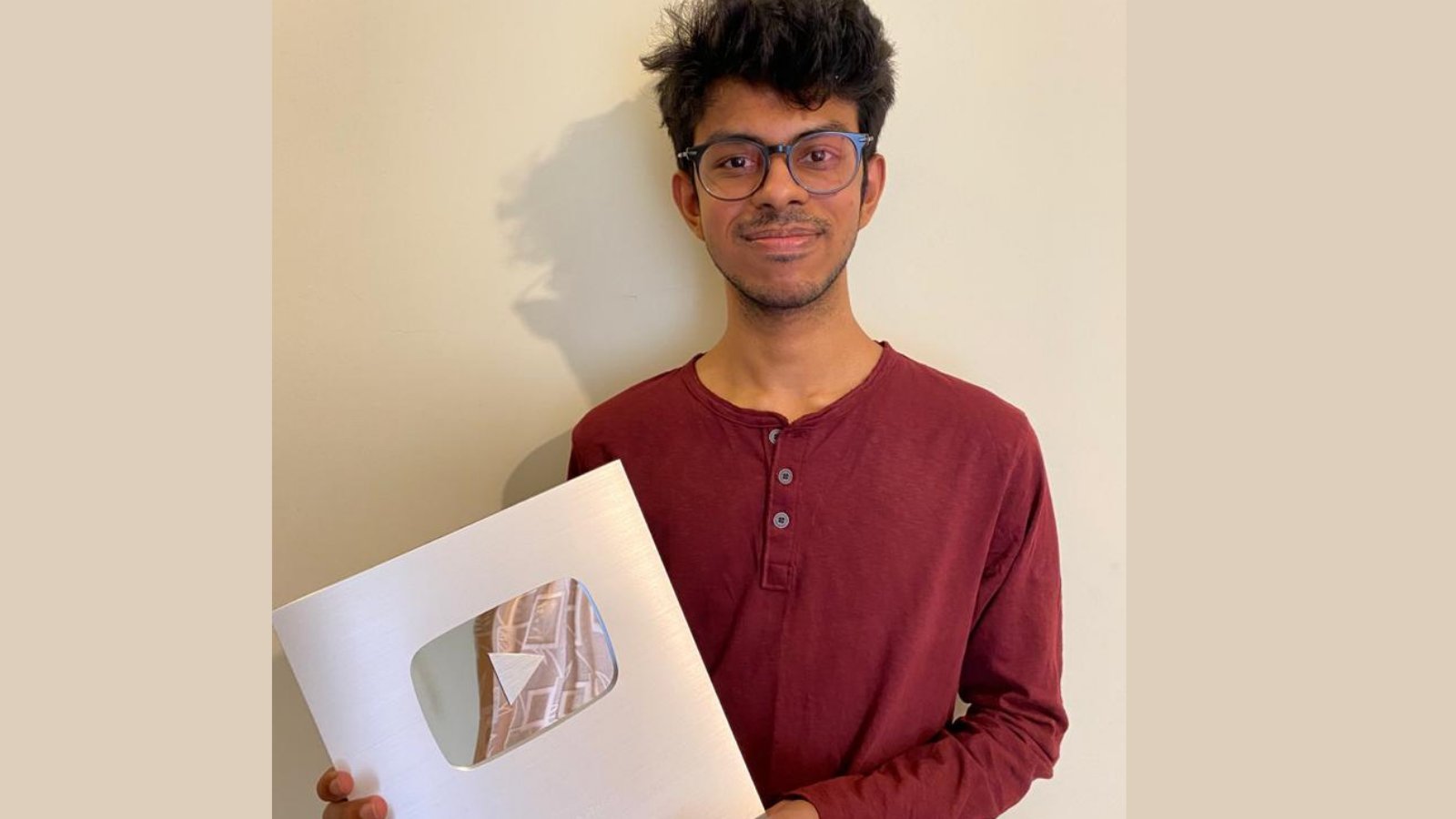 The hard-to-impress Indian parents are often meagre with their words of appreciation for their kids, until you literally outdo the ‘Sharmaji ka beta’ next-door.

Aren’t we all familiar with an “ok”, “hmm” or a “thumbs up” emoji while conversing with our parents? Desi parents aren’t too big on reacting to our achievements, neither are they too good on having WhatsApp conversations.

Keeping the kids rooted and humble is every Indian parent’s foremost priority. No achievement can be big enough to make the parents scream with joy or jump in happiness in a desi household, not even making it to the Forbes list.

In one such incident, BlueLearn co-founder Harish Uthayakumar shares the proud news of making it to the coveted list of ’Forbes 30 Under 30′ with his father on WhatsApp only to get an understated ‘thumbs up’ emoji in response.

Uthayakumar shared a screenshot of his conversation with his father.

The father, like every parent, can be seen asking him whether he had eaten.

While replying that he hadn’t yet, he informed his father about his proud achievement. However, the father sends him a classic ‘thumbs up” emoji in response. 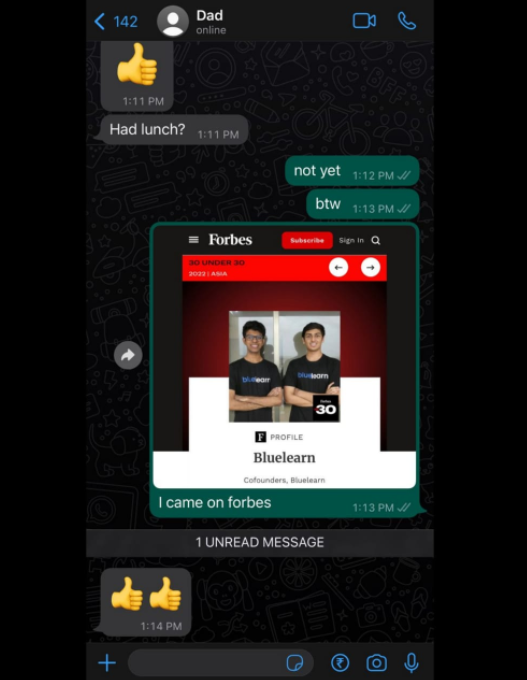 “Drop some thumbs up in the chat,” he wrote sharing the screenshot on Twitter.

Drop some 👍 in the chat pic.twitter.com/O537xv9DJ0

Leaving all in splits, the post soon garnered a lot of attention. The giggle-worthy reactions are too hilarious to miss: 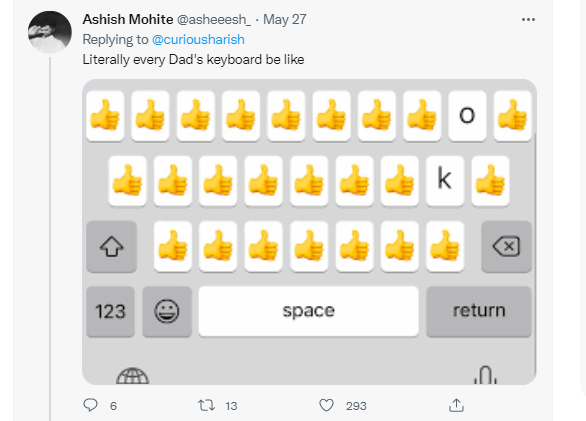 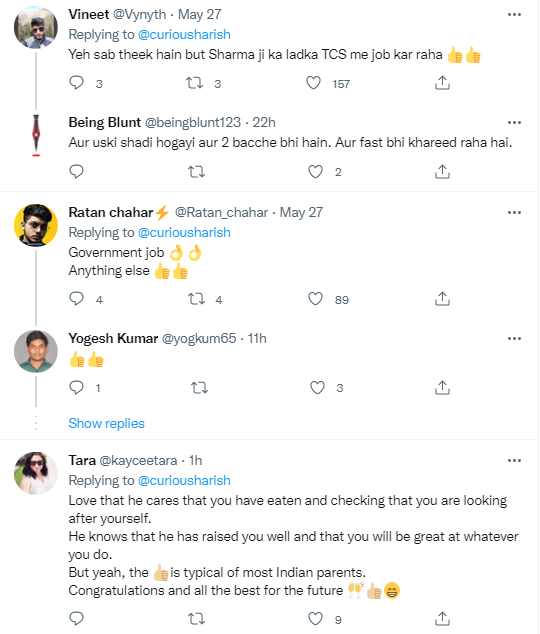 Some users even congratulated Harish on his achievement and wished him best for the future. 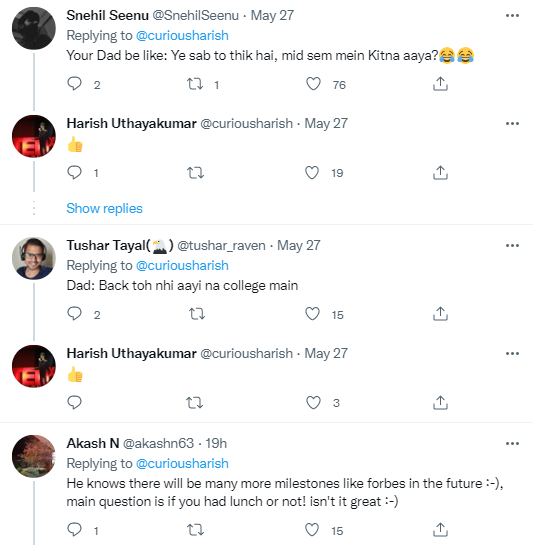