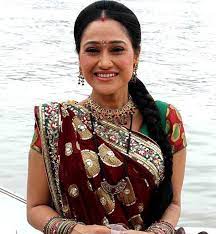 The brother of actress Disha Vakani, known for playing Dayaben in television show 'Taarak Mehta Ka Ooltah Chashmah', has rubbished reports claiming that his sister is suffering from throat cancer.

“Aise bahut saare afwaayein aate rehte hain ismein koi sacchayi nahi hai (these kind of rumours keep doing the rounds in the media and there is no truth to it). She is hale and hearty and nothing of this is true. We get to hear baseless rumours about her everyone, but fans should not believe them," Mayur told E-Times.

Disha Vakani played the role of Daya Jethalal Gada in the show. In 2017, she went on indefinite maternity leave.

Since then her fans are waiting for her to join the show. The news of her suffering from throat cancer had, however, left everyone shocked and upset.

Jennifer Mistry Bansiwal, who plays the role of Mrs Roshan Singh Sodhi in TMKOC also shared that the reports are not true. “I am in touch with Disha and I don’t think this is true. Agar aisa kuch hota toh pata chalta. I spoke to her towards the end of August because we both stay in the same vicinity. We spoke about our daughter’s kathak classes, she sounded absolutely fine. I think these are just rumours," she added.