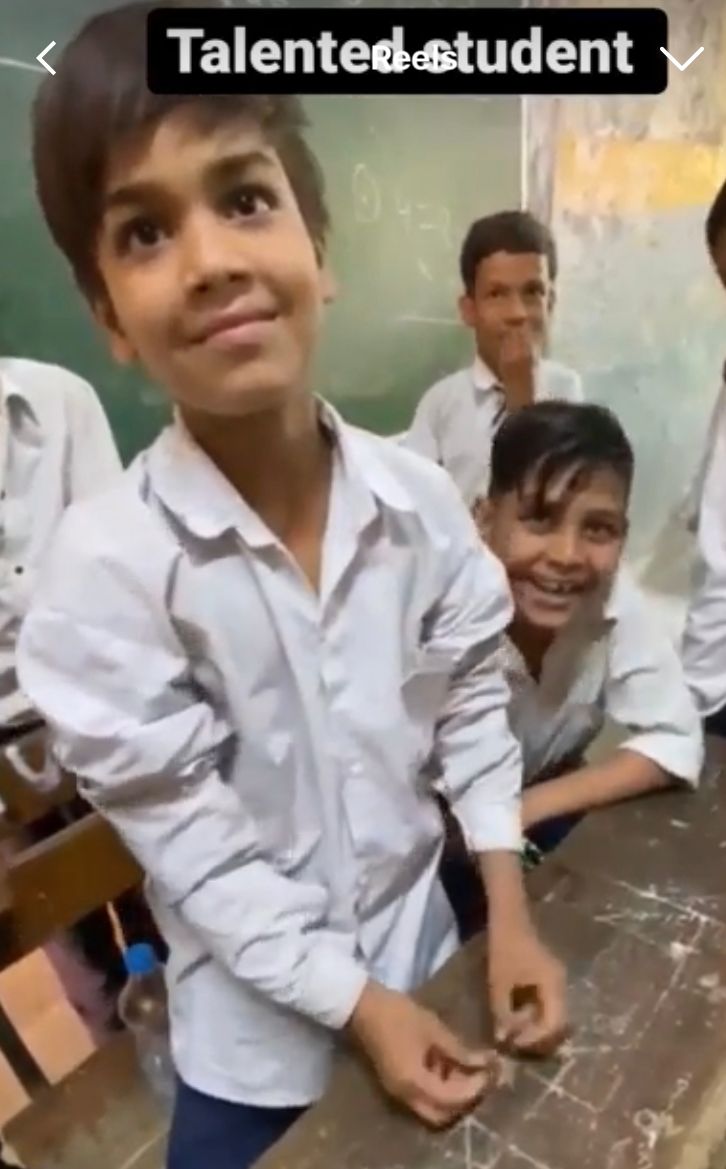 With over 80 millions views to his viral video, a schoolboy managed to not just impress his classmates, but millions of people on the Internet.

The video was uploaded on Instagram on June 9 by a user named Sahil Aazam. In the video, the boy--who is in school uniform and is in a classroom-- performs an incredible magic trick in front of his friends.

The video has so far received over 80.7 million views and 6.1 million likes. The reel shows the boy performing the trick where the little cute magician uses two black pebbles. He puts them in each hand, but when he puts them down and lifts his hands, both the pebbles are seen in his right hand.

Netizens were bemused as they tried to figure out how the pebbles ended up under the same hand.

Some said that the boy used magnets and not stones, which made him easily stick them quickly in one hand.