Was in the United Kingdom for a series of company events 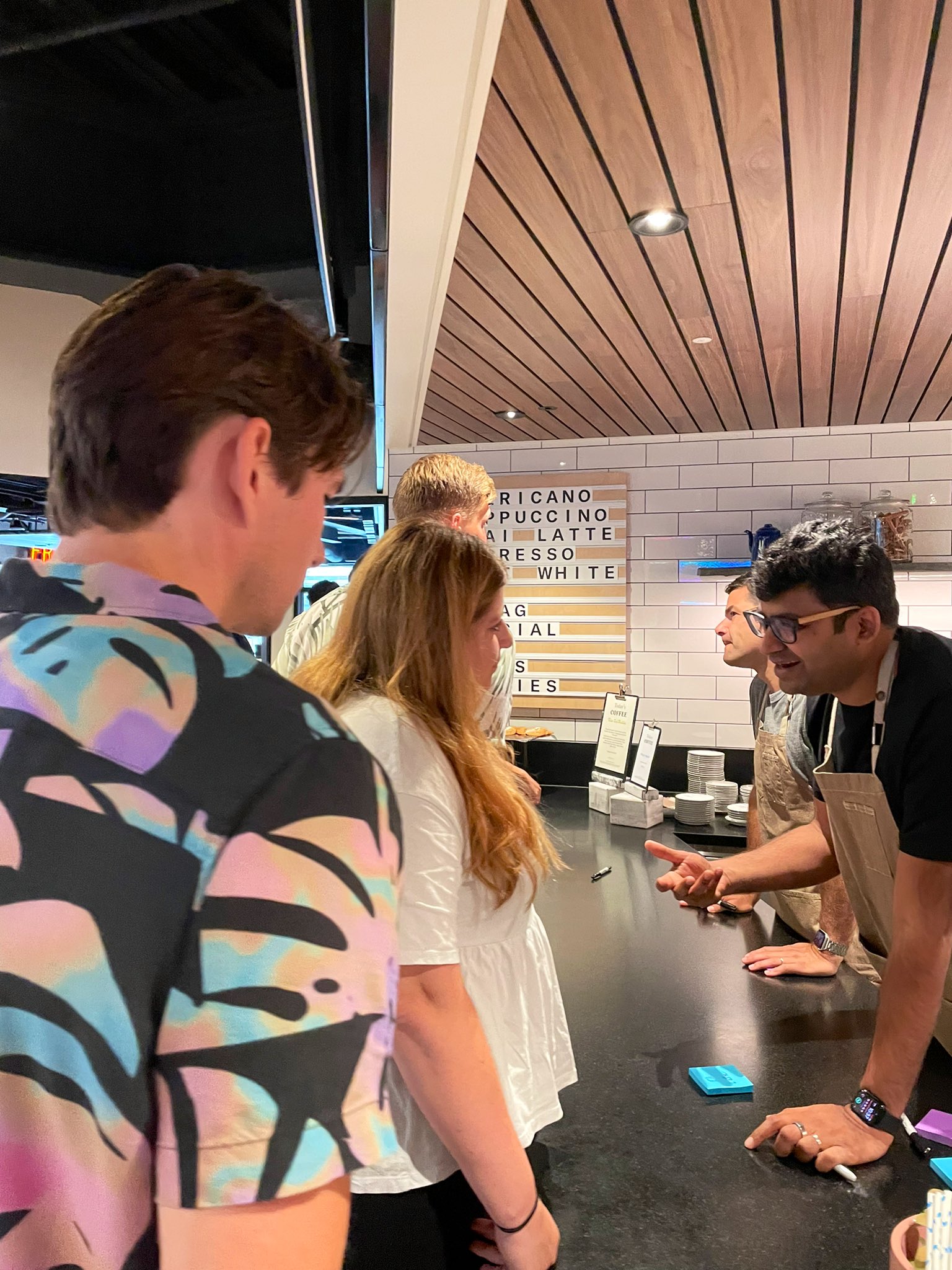 Twitter Chief Executive Parag Agrawal was in the United Kingdom last week for a series of company events. In the middle of all the activity, he found time to serve coffee to company employees. Another top Twitter executive, chief financial officer Ned Segal, served up some cookies to go with coffee.

Photos of Parag Agrawal taking orders at the London office’s coffee shop were posted on Twitter. Also on duty was Dara Nasar, the managing director of Twitter UK.

A Twitter employee named Rebecca posted the photos on her Twitter account showing Parag Agrawal and Ned Segal serving coffee and cookies. Some other photos showed employees lining up as Agrawal and Segal were taking orders.

Then a stand-up comedy show followed with Parag Agrawal and Dara Nasr performing for the employees.

Then a stand-up comedy show* with @DaraNasr and a framed @paraga emoji. Obvs.

Twitter CFO Ned Segal had also posted a photo on his Twitter handle. He took a selfie with other employees as Parag Agrawal is seen in the background taking orders.

Good to be in the @TwitterUK office for a quick visit this morning! pic.twitter.com/TLm4nz832J

Parag Agrawal had also retweeted the photos of the stand-up comedy show and wrote, “Thank you to all the tweeps who made this past week in @TwitterUK and @TwitterDublin so energizing. And thank goodness @DaraNasr is so funny!”

Thank you to all the tweeps who made this past week in @TwitterUK and @TwitterDublin so energizing.

This sight was quite different from the tumult that the company experienced in the past few months following an offer from Tesla CEO Elon Musk to buy it. An agreement between the two parties was announced on April 25, leaving Twitter employees anxious about the future of the company.