US woman prepares for nuke war in wake of Ukraine-Russia fiasco, spends 13 lakh on bunker with necessary survival stuff : The Tribune India

US woman prepares for nuke war in wake of Ukraine-Russia fiasco, spends 13 lakh on bunker with necessary survival stuff

The bunker she had built is radiation proof 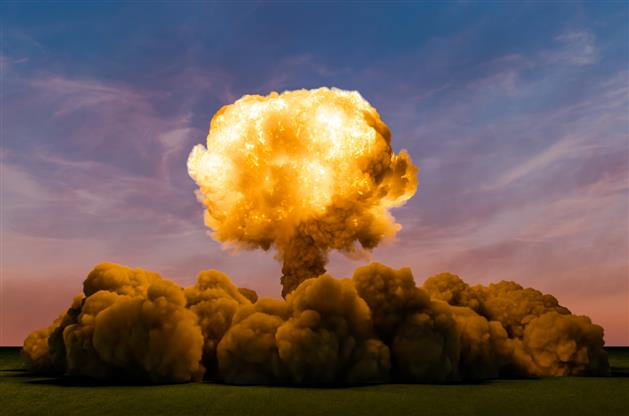 Anticipating a nuclear war across the world, a US woman has made requisite arrangement to escape the aftermath by building a bunker with essential survival stuff inside it.

The bunker she had built is radiation proof and it alone cost her around Rs 13 lakh to build. She has also piled up food stuff which would last for almost 25 years.

She went viral on TikTok after sharing a walkthrough of her bunker. She mentioned it a necessary step in the wake of Ukraine-Russia war.

Russian aggression in Ukraine has been mounting over past few days as latter had been able to militarily reclaim some of its earlier-confiscated territories. After weapons and funds support from the western countries, Ukraine seemed quite enthusiastic in protecting its territory. However, Russia, amid western support to Ukraine, issued a nuke threat besides mobilising its reserve forces, which is believed to be its biggest muscle flexing since World War II. Moreover, the fact that nuke used once will not remain restricted to just the two countries at loggerheads is also well-know.