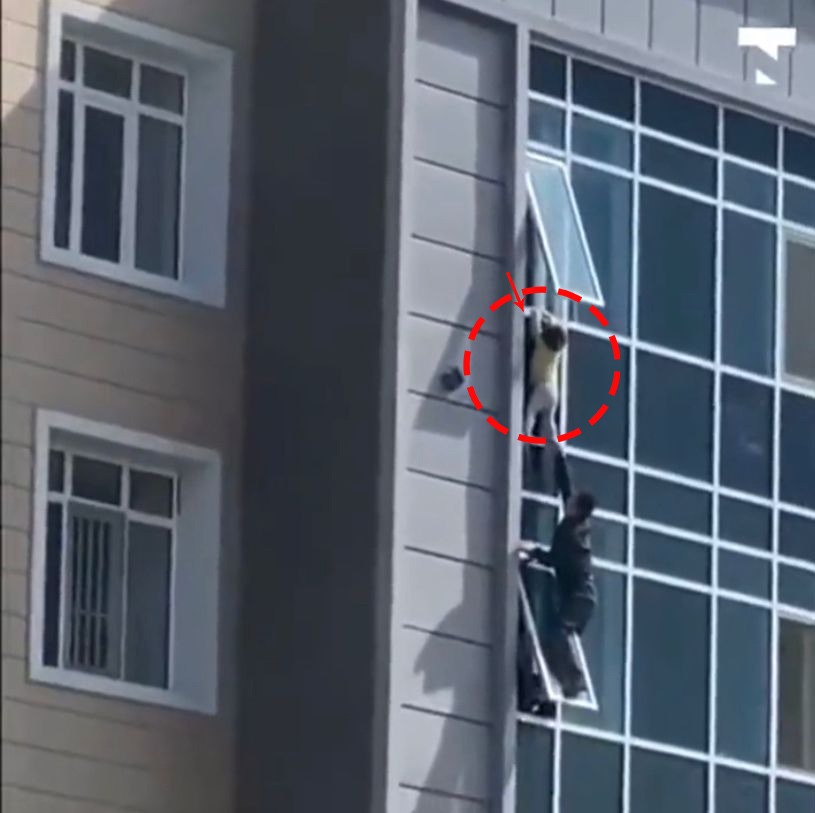 A man has been hailed as a hero for saving the life of a toddler dangling from a window of an eight-floor house in Kazakhstan's capital Nur-Sultan.

The video captured the heart-stopping rescue operation, which showed the three-year-old girl, reported to be alone at the house at the time of the incident, dangling from the window.

According to the Independent, the mother had gone shopping at that time and the girl had used cushions and toys to climb out. Shontakbaev Sabit was reportedly on his way to work when he saw a crowd gathered beneath watching in horror as the toddler clung to the window ledge.

Sabit on seen stepping out of the window a floor below her house and attempting to reach out to the kid. The Independent reported that Kazakhstan's ministry of emergency situations named the man a hero and awarded him a medal for the rescue.

"No one was with the girl, born in 2019. Fortunately, our hero Shontakbaev Sabit, born in 1985, seeing the hanging, crying child, without hesitation and risking his own life, took emergency action and literally caught and saved the little girl's life in a matter of seconds," the ministry said, as quoted by the Independent.