Video: 'Today, you are asking for sanitary pads, tomorrow you will ask for condoms', Bihar woman IAS officer's snarky reply to schoolgirl : The Tribune India 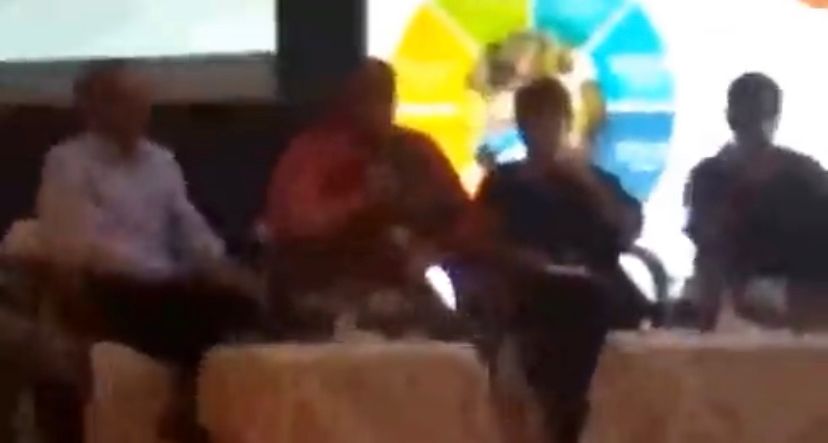 A humble request made by a school girl to Bihar’s IAS officer Harjot Kaur for a good-quality sanitary pads packet costing between Rs 20-30 was received by a nasty response.

Kaur heads the state's Women and Child Development Corporation, which organised the function on Tuesday in partnership with Unicef and other organisations.

The senior official, however, sparked a controversy after she snapped at the girl for asking the government to provide the students sanitary napkins costing between Rs 20-30.

“Tomorrow you'll say the government for jeans. And why not some beautiful shoes after that… family planning method, nirodh, too,” was the annoying reply by Kaur.

When the girl said that people's votes determine who governs, the officer said, "This is the height of stupidity. Then don't vote. ‘Ban jao Pakistan (become like Pakistan). Do you cast ballots for money and services?"

Student replied, "I am an Indian."Why should I?”

The incident happened at a workshop, titled “Sashakt Beti, Samriddh Bihar" (Empowered Daughters, Prosperous Bihar) as part of a project that has a tagline ‘Towards enhancing the value of girls'.

The response of the senior official is drawing massive criticism on social media.

Congress leader Manish Tewari tweeted: "Always wondered what breeds such arrogance in this tribe of All India Service officers. Permanence of service? deficiency in training? Lucrative positions ? After all they pass just one exam in their entire life."

The officer later advised the young audience of girl students: "Why should you take anything from the government? This way of thinking is incorrect. Do it yourself."