Viral video: This tiger jumps from boat, brings alive a scene from ‘Life of Pi’; netizens enthralled : The Tribune India 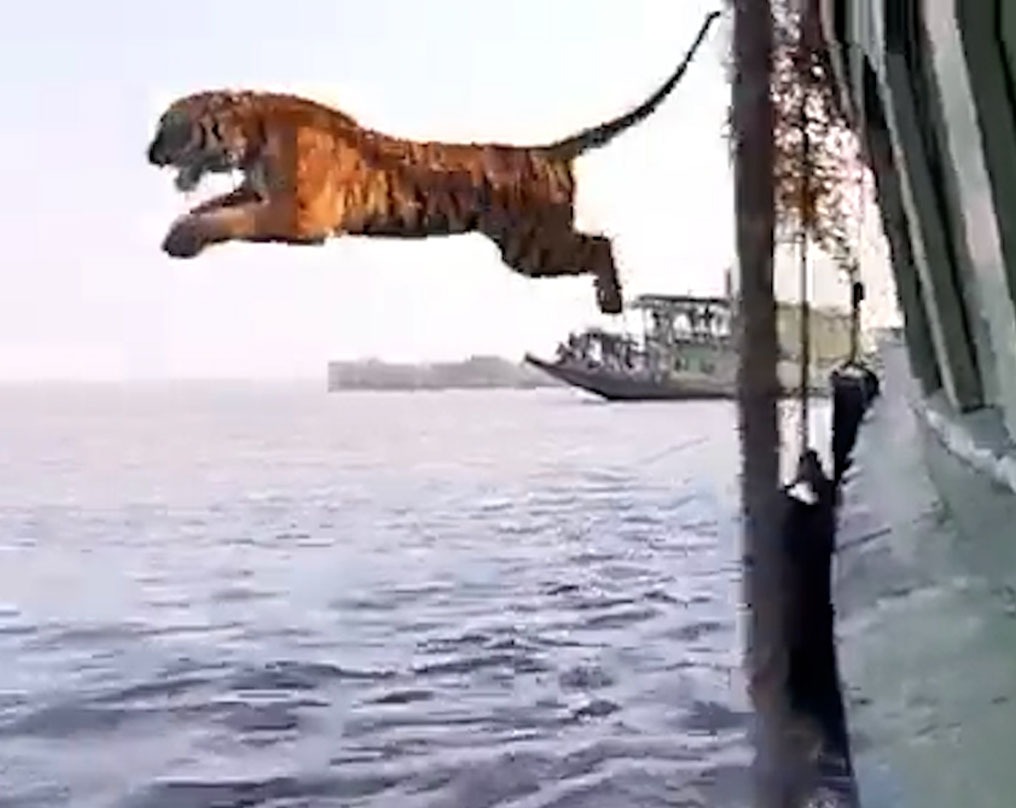 A screengrab from the video. Twitter/@ParveenKaswan

A video of a Royal Bengal tiger has created frenzy on Twitter. In the video, the tiger, which was being carried in a boat to the Sundarbans for release into the wild, jumps into the water. Without even so much as a look back at the boat, it swims its way into the natural habitat.

The video was tweted by Indian Forest Officer (IFS) Parween Kalwaan who wrote, “The Tiger sized jump though. Old video of rescue and release of tiger from Sundarbans."

In just one day of its upload, the video has garnered over 100,000 views and 5,000 plus likes. The video has become a favourite among animal lovers.

That tiger sized jump though. Old video of rescue & release of tiger from Sundarbans. pic.twitter.com/u6ls2NW7H3

A twitter user commented, “Reminds me of Life of Pi! Richard Peter never looked back :)”

Reminds me of Life of Pi! Richard Parker never looked back :)

Another user wrote, “We witnessed a really talented tiger with swimming abilities in Life of Pie earlier.”

We witnessed a really talented tiger with swimming abilities in Life of Pie earlier 😊 pic.twitter.com/AcV3hwsuxy

Expressing their love for the animal, a user wrote, “Oh my God! what a magnificent animal. Amazing energy. The tiger had no hesitation to jump into water.”

Reminds me of Life of Pi! Richard Parker never looked back :)

Earlier this year, the same IFS officer had shared a video, which showed the rescue and release of a Himalayan Black Bear. The team was praised for its work for animals.