Since being shared on Instagram, the video has amassed over 1.7 lakh likes 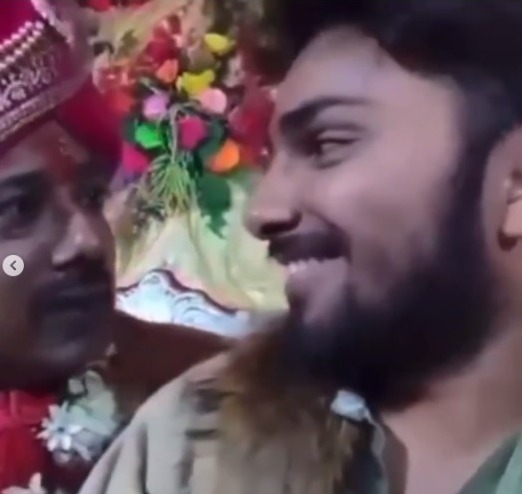 The boy was seen recording the video of his chat with the groom. Video grab- Instagram/ghantaa

Most people during their young age have a story of gate-crashing marriage events for variety of food stuff available there for invitees. Many could perhaps recollect their memories of having such experiences in past but have you been courteous enough to tell the host that you were uninvited and had actually barged in for the sake of food?

A video of such outlandish incident has been making the rounds on social media, where a youth directly went to the groom to tell his that he had gate crashed latter’s wedding event for food. The boy expressed his compulsion to the groom stating that he was a hosteller and had not cooked the food. He saw the wedding event and decided to barge in without invitation as he was feeling hungry. As he had entered, he wished to go to the groom to tell him whether or not latter had any problem with his act.

The boy was seen recording the video of his chat with the groom.

After listening to the boy carefully, the groom gave his go ahead and said he had no problem with the move former had made. He in fact asked the boy to take along some food for him and his fellow hostellers.

Since being shared on Instagram, the video has amassed over 1.7 lakh likes. Netizens are extremely moved by the sweet gesture of the groom. They felt groom had perhaps spent time in hostel as he feels for them. Many, however, hailed sheer honesty of the young man. 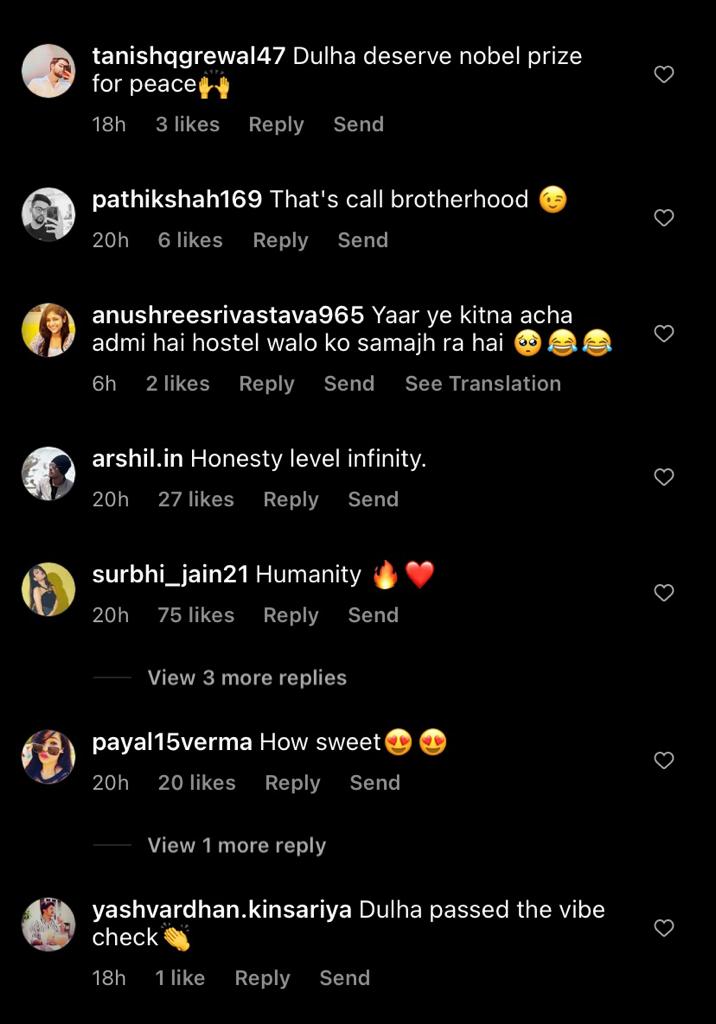