An Indian man was barred from taking ‘gulab jamuns’ along with him in Thailand. What he did next amused the airport staff and won hearts online.

The security officials at the Phuket airport informed a passenger identified as Himanshu Devgan that he could not carry the tin of gulab jamuns in his luggage on board.

Instead of dumping the Indian delicacy, the man decided to share the sweets with the security staff and a video of the same went viral.

In the clip, the Indian sweet dish appeared to be a hit with the Thai officials as they could be seen relishing the sweet treats with smiles on their faces.

“When they restricted us to carry gulab jamuns at the security check, we decided to share our happiness with them. Phuket airport,” read the super on the video. “Great start to the day!” read the caption.

Netizens were impressed with the officials being a sport and appreciated the ‘sweet’ gesture of the man.

A user wrote, “Best use instead of turning into waste,” while another commented, “The staff is absolutely sweet here.” 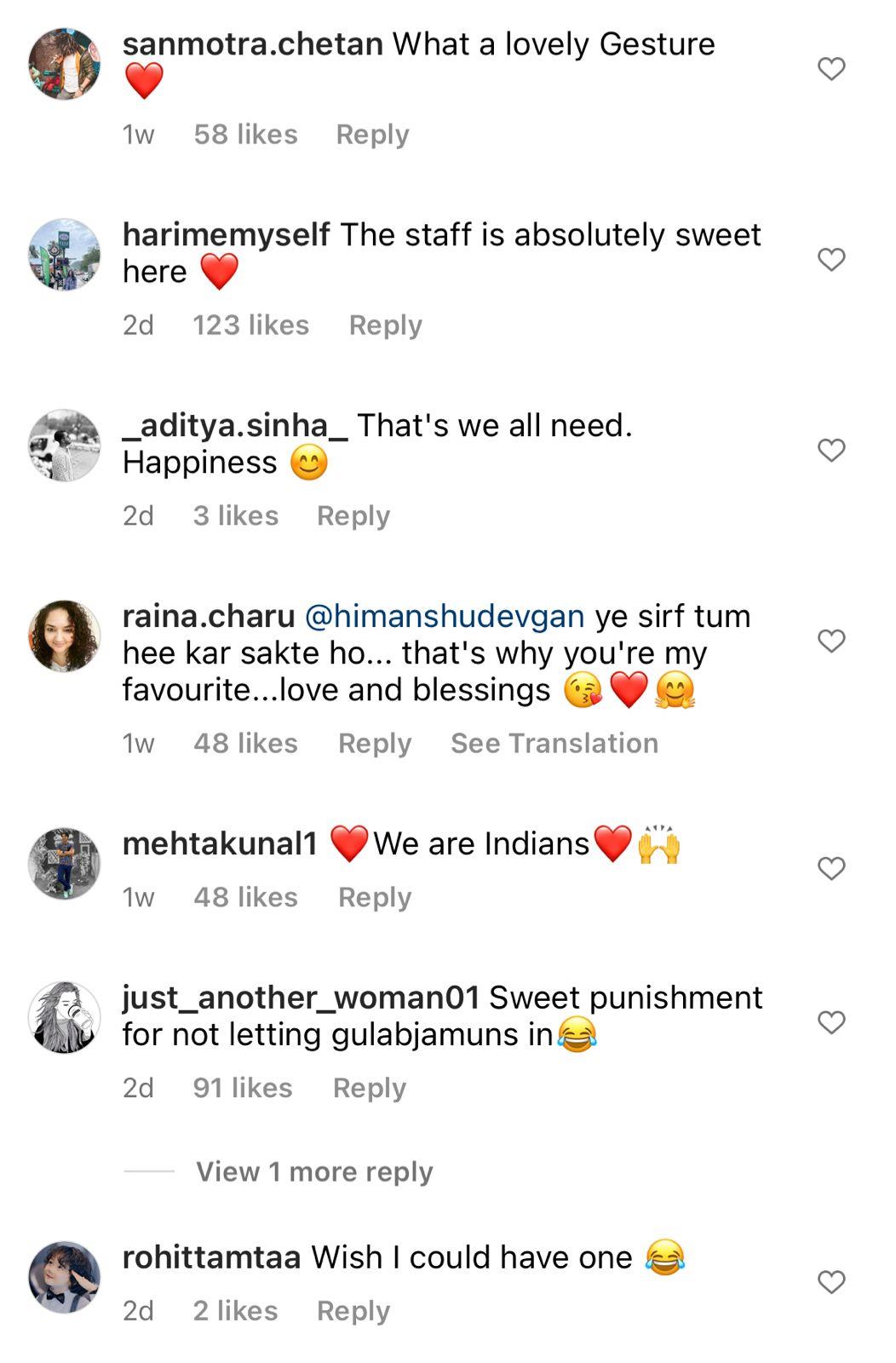 A third user said, “Sweet punishment for not letting gulabjamuns in.” Another commented, “Wow this is so sweet.”

Since being shared online, the video has amassed over a million views and more than 62,000 likes so far.