Since being shared, the video has accumulated over 9.2 million views 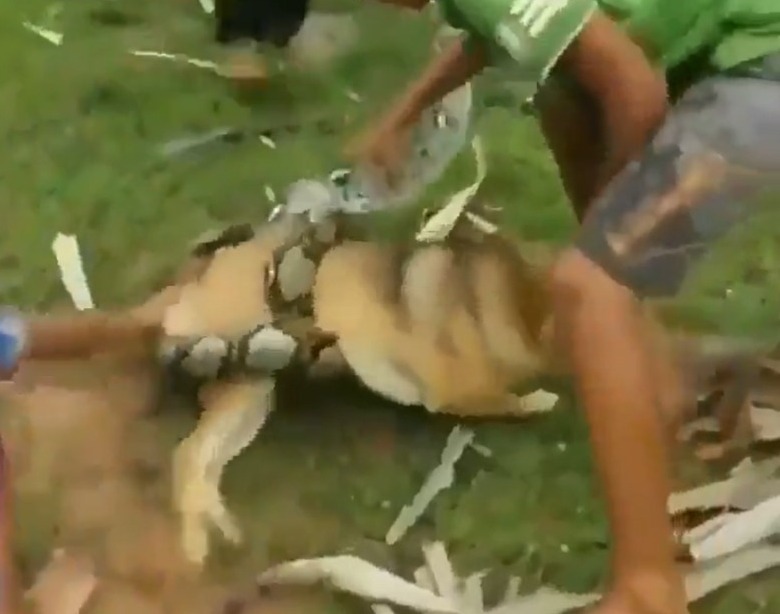 The video shows a python clinging over a dog strongly while 3 children doing their utmost to free canine from its captivity. Video grab- Twitter/@_figensezgin

A video children’s portrayal of immense bravery by saving a dog which got fastened tightly by a python is earning praises over social media platforms.

The video shows a python clinging over a dog strongly while 3 children doing their utmost to free canine from its captivity. They also ensure the python too do not get harmed in the course as they repeatedly hit the ground to intimidate the serpent. When all their attempts fail, they take hold of the giant snake by their hand and unloop it from dog’s body. Finally, the hard efforts pay them off and they succeed in liberating dog from dog’s seizure.

Since being shared, the video has accumulated over 9.2 million views. Netizens are unanimously hailing the bravery of the children.