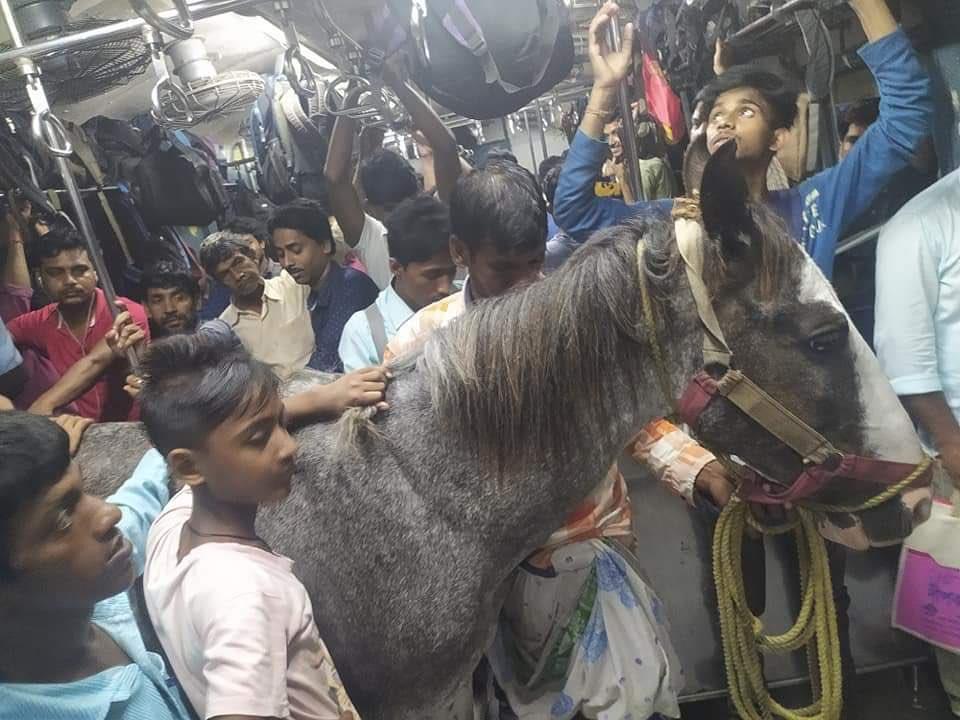 Physically small animals travelling via trains is quite common in West Bengal, but large cattle are generally not noticed. Videograb

A video of a #horse traveling via a local train in West Bengal has gone viral online. The incident happened onboard the Sealdah-Diamond Harbor Down local train. pic.twitter.com/r1MjIK4PPQ

Physically small animals travelling via trains is quite common in West Bengal, but large cattle are generally not noticed. The horse in the viral video is believed to be returning from a race in Baruipur. The co-passengers reportedly objected to the man boarding the train but he managed to push it through.

Railway officials too took cognisance of viral video but are yet to confirm its authenticity.

“We have also seen this photo and are investigating the matter,” the PRO Eastern Railway Ekalavya Chakraborty said.