RPF team also aides in revival of the man 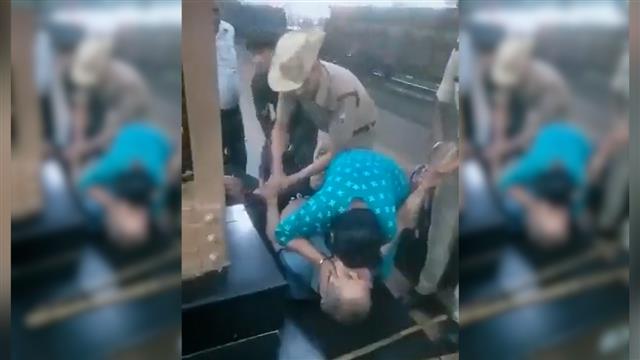 A video grab of the woman performing CPR on her husband.

A woman saved her husband’s life with her prompt life-saving reflexes while on board a train halted at the Mathura railway station.

He apparently suffered a cardiac arrest following low oxygen levels in his blood.

According to TOI, Keshavan developed hypoxemia due to bilateral interstitial pneumonia in lungs after travelling at high altitudes as part of their ‘Char Dham’ yatra.

He was lowered onto the Mathura platform with the help of other passengers. Meanwhile, RPF constables were informed and they too rushed to save his life.

A video of Daya, the woman, giving mouth-to-mouth CPR to her husband has gone viral on social media. She saved Keshavan’s life with the help of the RPF constables who caressed the man’s feet and hands.

He revived after almost 30 seconds and was rushed to a nearby hospital and is now stable.

The woman literally ‘breathed’ life into her husband and saved him from the clutches of death.