'You are next': Harry Potter author JK Rowling gets death threat over tweet in support of Salman Rushdie : The Tribune India

'You are next': Harry Potter author JK Rowling gets death threat over tweet in support of Salman Rushdie 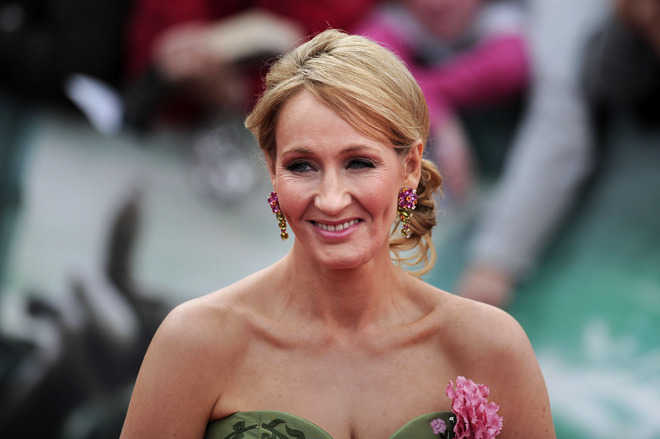 'Harry Potter' author JK Rowling has received a death threat for a tweet condemning the attack on Salman Rushdie. Rowling took to Twitter to share screenshots of the threat message from a user.

Rowling had reacted to the stabbing incident involving Rushdie with a tweet saying she felt very sick and hoped the novelist would be ok. In response, a user wrote: "Don't worry. You are next."

.@TwitterSupport These are your guidelines, right?

"Violence: You may not threaten violence against an individual or a group of people. We also prohibit the glorification of violence...

"Terrorism/violent extremism: You may not threaten or promote terrorism..." pic.twitter.com/BzM6WopzHa

The Twitter handle, which issued the death threat, had also praised Hadi Matar, the assailant from New Jersey who stabbed Rusdhie several times during a literary event in western New York on Friday.

Rowling later posted screenshots of replies to her tweet by user Meer Asif Aziz who gave information about the attacker Hadi Matar and said he is a “revolutionary Shia fighter followed the fatwa of late ayotallah rohullah khomeini".

In another tweet by the author on the attack on Rushdie, Aziz responded to Rowling stating, “Don’t worry, you are next." Rowling tagged the Twitter support team and asked for assistance in view of the threat.

.@TwitterSupport any chance of some support? pic.twitter.com/AoeCzmTKaU

Shortly later, the British author thanked her well-wishers who had raised safety concerns and said she has received help and the police is looking into the threat and information.

To all sending supportive messages: thank you 💕
Police are involved (were already involved on other threats).

Salman Rushdie was stabbed by Hadi Matar, who apparently sympathised with Shia extremism and Iran's Islamic Revolutionary Guard Corps. Matar has since been charged with attempted murder in the second degree and assault in the second degree, and police are probing the motive behind the attack.

Rushdie has long faced death threats for his novel, ‘The Satanic Verses’. About 30 years ago, Iran’s supreme leader Ayatollah Ruhollah Khomeini had pronounced a fatwa calling upon Muslims to kill the novelist and anyone involved in the book’s publication for blasphemy.