21 killed in attack on Ukraine school : The Tribune India

21 killed in attack on Ukraine school 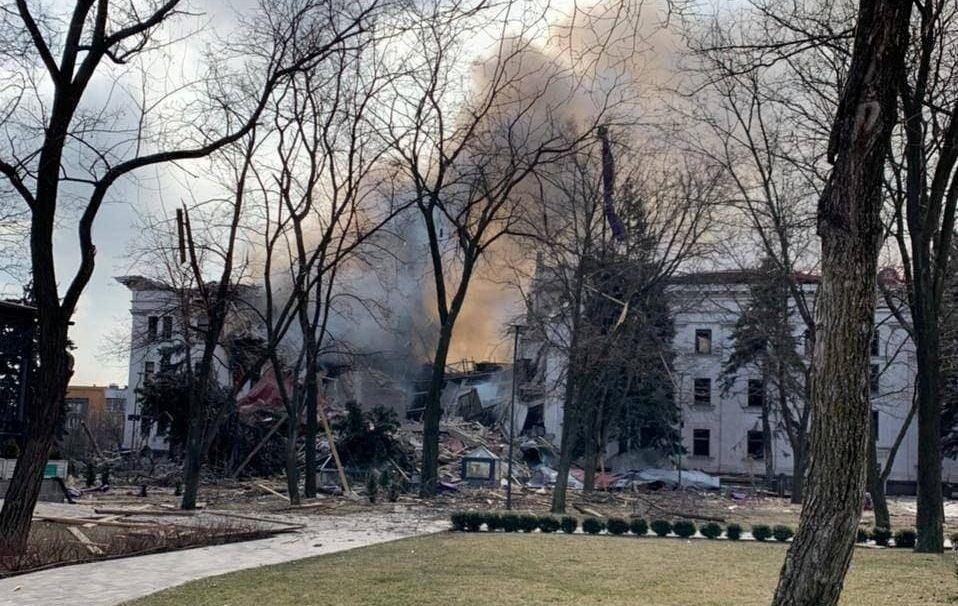 The Donetsk Regional Theatre of Drama destroyed in an airstrike in Mariupol on Wednesday. REUTERS

Twenty-one people have been killed by Russian artillery that destroyed a school and a community center in Merefa, near Kharkiv, officials said.

Merefa Mayor Veniamin Sitov said the attack occurred just before dawn on Thursday. The Kharkiv region has seen heavy bombardment as stalled Russian forces try to advance in the area.

In Chernihiv, northeast of Kyiv, a hostel was shelled, killing a family of five.

Meanwhile, survivors began to emerge on Thursday as authorities worked to rescue hundreds of civilians trapped in the basement of a theater blasted by Russian airstrikes in the besieged city of Mariupol, while ferocious Russian bombardment killed dozens in a northern city over the past day, the local governor said. The strikes the previous evening had left a large section of the grand, 3-three story theater building in the center of Mariupol collapsed in a smoking ruin. — PTI/AP