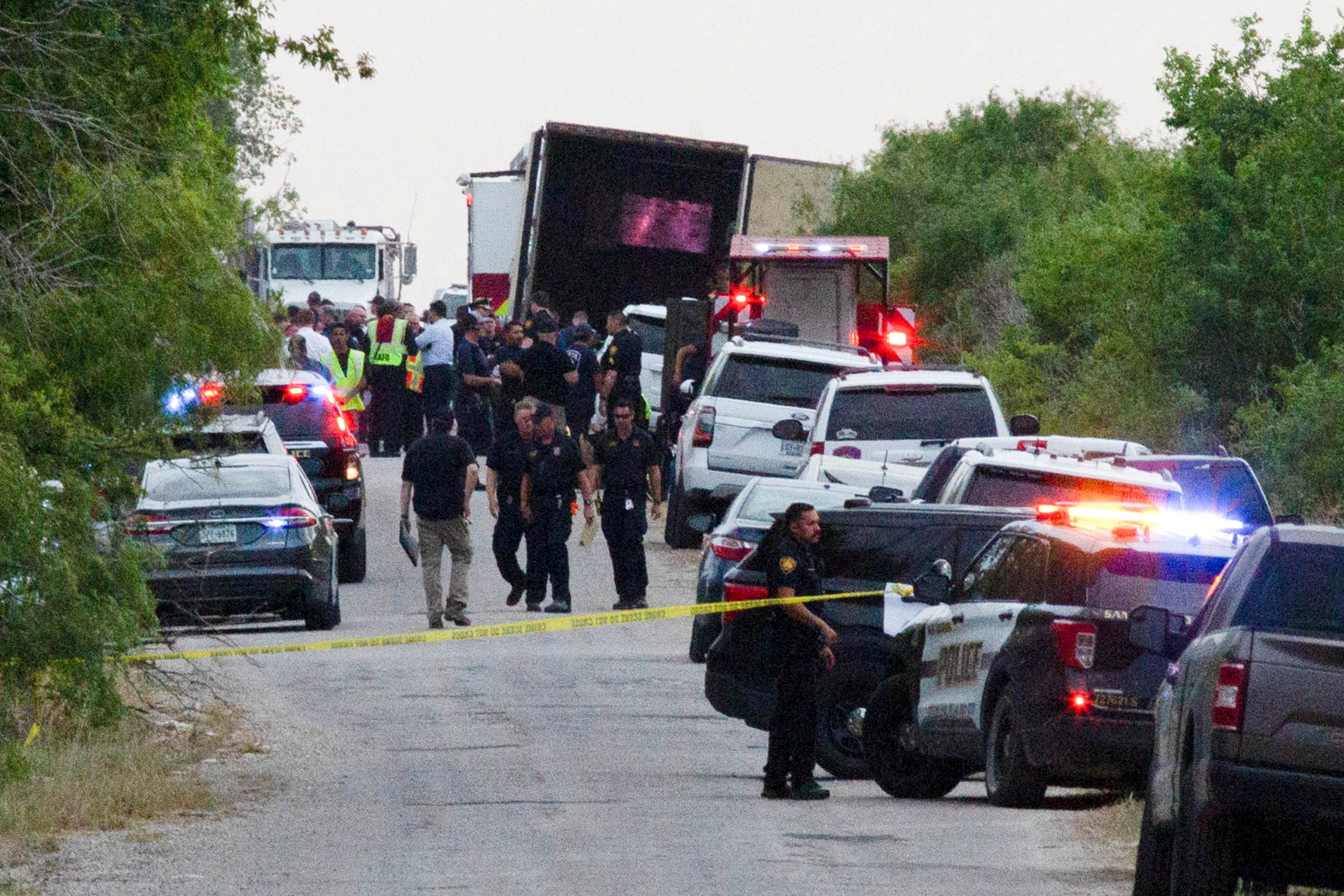 Law enforcement officers work at the scene where people were found dead inside a trailer truck in San Antonio, Texas, US June 27, 2022. Reuters

Authorities found 46 migrants dead inside a tractor-trailer on Monday in San Antonio, Texas, the city's fire department said, in what appears to be one of the most deadly recent incidents of human smuggling along the US-Mexico border.

The San Antonio Fire Department said 16 other people found inside the trailer were transported to the hospital for heat stroke and exhaustion, including four minors. Officials also said three people were in custody following the incident.

The truck was found next to railroad tracks in a remote area on the city's southern outskirts.

Mexico's Foreign Minister Marcelo Ebrard called the suffocation of the migrants in the truck the "tragedy in Texas" on Twitter and said the local consulate was en route to the scene, though the nationalities of the victims had not been confirmed.

There have been a record number of migrant crossings at the US-Mexico border in recent months, which has sparked criticisms of the immigration policies of US President Joe Biden, a Democrat.

Temperatures in San Antonio, which is about 160 miles (250 km) from the Mexican border, swelled to a high of 103 degrees Fahrenheit (39.4 degrees Celsius) on Monday with high humidity.

In July 2017, 10 migrants died after being transported in a tractor-trailer that was discovered by San Antonio police in a Wal-Mart parking lot. The driver, James Matthew Bradley, Jr., was sentenced the following year to life in prison for his role in the smuggling operation.