Trump commands fervent loyalty among his supporters, forcing most Republican politicians to pledge their fealty and fear his wrath 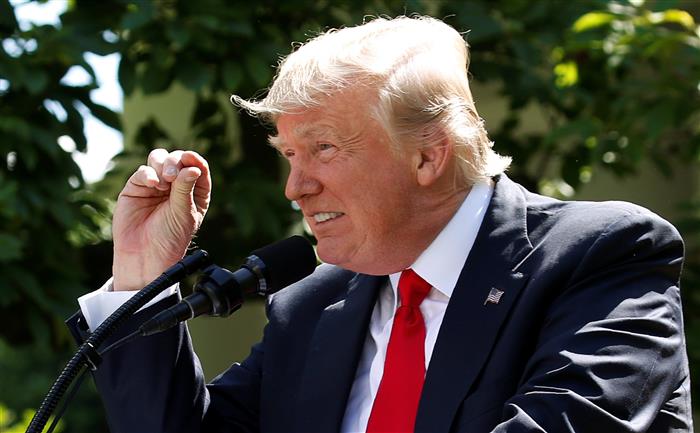 It is still Donald Trump’s Republican Party — at least for now.

The vote by 43 of the 50 Republican senators to acquit Trump on the charge of inciting last month’s deadly riot at the US Capitol, with only seven voting for conviction, highlights just how powerful a grip he has on the party he remade in his image over the past five years.

The former president, who has largely stayed out of sight at his Florida home since leaving the White House on January 20, commands fervent loyalty among his supporters, forcing most Republican politicians to pledge their fealty and fear his wrath.

But after two impeachments, months of false claims that his election loss to Democrat Joe Biden was rigged, and an assault on the US Capitol by his supporters that left five people dead, Trump is also political poison in many of the swing districts that often decide American elections.

That leaves Republicans in a precarious position as they try to forge a winning coalition in the 2022 elections for control of Congress and a 2024 White House race that might include Trump as a candidate.

Trump has not signaled his long-range political plans for after the trial, although he has publicly hinted at another run for the White House and he is reportedly keen to help primary challengers to Republicans in Congress who voted to impeach or convict him.

“Whether he does run again is up to him but he’s still going to have an enormous amount of influence on both the direction of the policy and also in evaluating who is a serious standard-bearer for that message,” one adviser said, adding: “You can call it a kingmaker or whatever you want to call it.”

Trump has maintained strong support from Republicans in polls even since the January 6 attack on the Capitol.

Just days after the riot, a Reuters/Ipsos poll found 70 per cent of Republicans still approved of Trump’s job performance, and a later poll found a similar percentage believed he should be allowed to run for office again.

But outside his party he is unpopular. A new Ipsos poll published on Saturday showed that 71 per cent of Americans believed Trump was at least partially responsible for starting the assault on the Capitol. Fifty per cent believed he should be convicted in the Senate with 38 per cent opposed and 12 per cent unsure.

Trump’s defenders in the Senate argued that the trial was unconstitutional because Trump had already left office and that his remarks ahead of the riot were protected by the constitutional right to free speech. But a majority of senators including seven Republicans rejected that view.

Democrats said many Republican senators were afraid to vote with their conscience to convict Trump out of fear of retribution from his supporters.

“If this vote was taken in secret, there would be a conviction,” Democratic Senator Richard Blumenthal said.

Senate Minority Leader Mitch McConnell was among the Republicans who voted to acquit Trump on Saturday, though he later slammed the former president as “practically and morally responsible” for provoking the violence.

His position illustrated how some Republican leaders are trying to distance themselves from Trump and limit his influence without triggering the full-blown fury of Trump and his supporters.

Trump’s continued sway was evident, however, in House of Representatives Republican leader Kevin McCarthy’s visit last month to the former president’s Mar-a-Lago club in Palm Beach, Florida, where they huddled on strategy for the 2022 congressional elections.

That visit came just three weeks after McCarthy had enraged Trump by saying he bore responsibility for the Capitol riot.

McCarthy later backtracked, saying he did not believe Trump provoked the assault.

The few lawmakers who have broken with Trump have suffered a stinging backlash.

Representative Liz Cheney, the No. 3 Republican in the House of Representatives and one of 10 who voted for Trump’s impeachment, quickly faced an effort by conservatives to remove her from her leadership post. She survived it but Trump has vowed to throw his support behind a primary challenger to her.

In Arizona, which backed Biden and elected a Democratic senator in November, the state party censured three prominent Republicans who had clashed with Trump while he was in office - Governor Doug Ducey, former Senator Jeff Flake and Cindy McCain, widow of the late Senator John McCain.

When Senator Ben Sasse of Nebraska was threatened with censure by his state party for criticising Trump, he suggested it was down to a cult of personality.

“Let’s be clear about why this is happening. It is because I still believe, as you used to, that politics isn’t about the weird worship of one dude,” Sasse said in a video addressed to the party leadership in Nebraska. He was one of the seven Republican senators who voted to convict Trump on Saturday.

The fissures have led to an open debate in conservative circles over how far right to lean. At Fox News, the cable news network that played a key role in Trump’s rise to power, Fox Corp Chief Executive Lachlan Murdoch this week told investors the outlet would stick to its “center right” position.

Trump tore into the network after its early, and ultimately accurate, election-night projection that he lost in Arizona, presenting an opportunity for further-right video networks to draw disaffected Trump supporters.

“We don’t need to go further right,” Murdoch said. “We don’t believe America is further right, and we’re obviously not going to pivot left,” he added.

Dozens of former Republican officials, disillusioned by the party’s failure to stand up to Trump, have held talks to form a new center-right party, though multiple congressional Republicans rejected the idea.

While Trump maintains control over the party for now, several Republican senators said during the impeachment trial that the stain left by the deadly siege of the Capitol and Trump’s months of false claims about widespread election fraud would cripple his chances of winning power again in 2024.