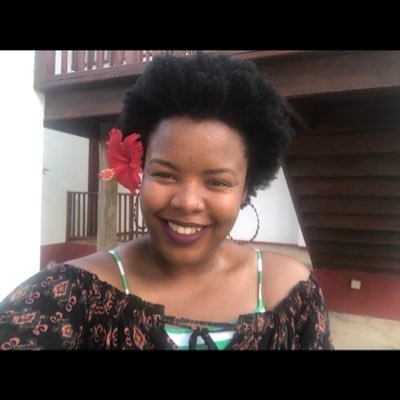 Zolelwa Sifumba described the daily injection she got to treat tuberculosis as feeling like hot lava being pumped slowly into her body, leaving the young South African doctor with crippling joint pain and incessant nausea.

She thought her 18-month fight against multidrug-resistant tuberculosis was a career low-point until - five years on - she fell ill with COVID-19 and acute anxiety while working on the pandemic frontlines with scant protective equipment and support.

"I'm tired of almost dying all the time," said Sifumba, 29, who blogs and campaigns on doctors' health issues, speaking from the Durban psychiatric hospital where she checked herself in for treatment after reaching breaking point at work.

After months of not sleeping, sudden bursts of tears, loss of appetite and continuous waves of panic, Sifumba decided that to be a good doctor she had to prioritise her mental health. She is currently on leave for a month.

"If you were to send a fireman into a fire half-protected, everyone would defend him. But everywhere doctors go they have to breathe, so why are we not protecting them?" said Sifumba, a junior doctor at a rural hospital in KwaZulu-Natal province.

Sifumba, who has blogged about overcoming tuberculosis for Doctors Without Borders and is an ambassador for The Global Fund to Fight AIDS, Tuberculosis and Malaria, is now working on a mentoring programme to help doctors through difficult times.

Her personal experience of the mental health impact of working in high-stress, short-staffed hospitals has made her determined to raise awareness about the toll that fighting health crises takes on doctors.

'A system that doesn't care'

Sifumba's story is a global one. The World Health Organisation (WHO) reported recently that health workers account for one in seven COVID-19 cases on average, rising to one in three in some countries.

The lack of personal protective equipment (PPE) for South African doctors has made local headlines during the pandemic, but Sifumba said it was nothing new, with doctors expected to fight off myriad risks with minimal support on a daily basis.

"How do you work in a system that doesn't care about you? I want to help build a system that works differently, that looks after healthcare workers instead of breaking them," Sifumba told the Thomson Reuters Foundation.

While she fears speaking out could hurt her job prospects, Sifumba said COVID-19 made it an opportune moment to shine a spotlight on working conditions that would be tolerated in few other professional fields.

In January this year, exhausted after a sleepless 30-hour shift, Sifumba decided she needed a hug from her grandmother.

But soon after setting off for the two-and-a-half hour drive, she fell asleep at the wheel, and her car swerved off the road.

"I walked out alive, but live with a really bad back injury now," Sifumba said, pointing to the excessive working hours demanded from doctors, especially now as they battle a pandemic.

South Africa has the highest number of COVID-19 cases on the continent with about 663,000 confirmed infections, according to the African Centre for Disease Control and Protection.

The pandemic has piled pressure on a health system already dealing with HIV/AIDS and tuberculosis, with the latter claiming an estimated 78,000 lives every year in the country, according to the World Health Organisation (WHO) Global TB report.

Sifumba said, however, that the coronavirus crisis could accelerate long-overdue changes that prioritise healthcare workers; changes that might have helped her avoid serious illness.

Despite the physical and mental health problems she has faced, Sifumba said her illnesses have made her better doctor, more able to empathise with her patients.

"I feel I am a great doctor, because I am doing the things I wanted my doctor to do when I was sick," she said.