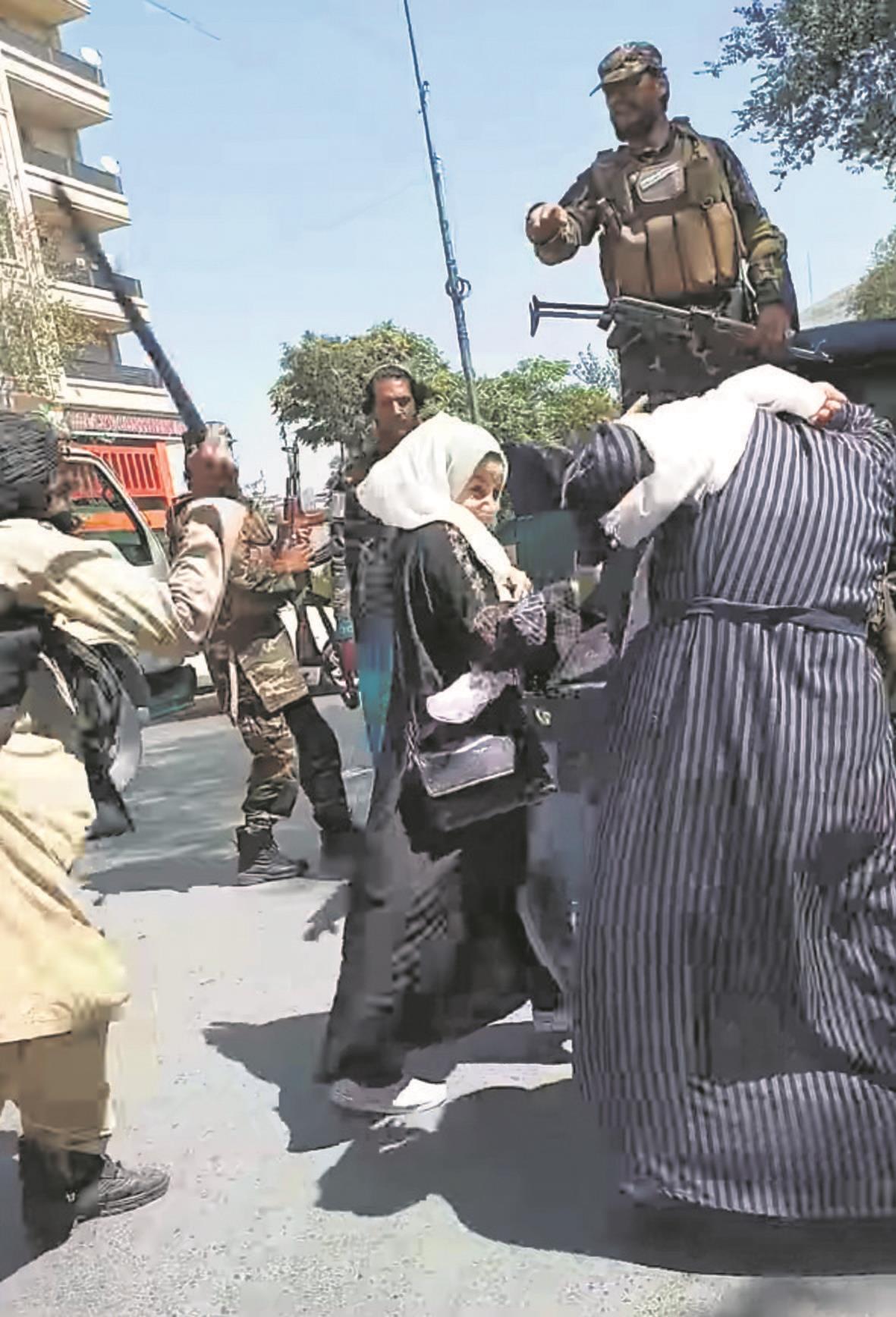 Thousands of Afghans protested against the Taliban in the southern city of Kandahar on Tuesday, according to a former government official and local television footage, after residents were asked to vacate a residential army colony.

Afghan women around the world are protesting the Taliban’s new hijab diktat in schools by posting photos of themselves wearing colourful traditional dresses on social media, CNN reported. The Taliban have mandated the segregation of genders in classrooms and said female students, lecturers and employees must wear hijabs in accordance with the group’s interpretation of Sharia law. IANS

At least 20 civilians have been killed by the Taliban in Panjshir Valley, which has seen fighting between the militants and opposition forces, the BBC reported. Communications have been cut in the valley, making reporting difficult, but the BBC has evidence of Taliban killings. IANS

Former US Presidents band together to help Afghan refugees

Washington: Three former US Presidents — Republican George W Bush and Democrats Bill Clinton and Barack Obama — and their wives have banded together behind a new group aimed at supporting refugees from Afghanistan settling in the United States following the recent American withdrawal. Reuters

Protesters gathered in front of the governor’s house in Kandahar after around 3,000 families were asked to leave the colony, according to the former government official who witnessed the crowds.

Footage from local media showed crowds of people blocking a road in the city.

The affected area is predominantly occupied by the families of retired army generals and other members of the Afghan security forces. The families, some of whom had lived in the district for almost 30 years, had been given three days to vacate, the official, who had spoken to some of those affected, said.

Taliban spokesmen did not immediately respond to a request for comment on the evictions. Sporadic protests against the Taliban, who swept to power in Afghanistan with the capture of Kabul almost a month ago, have ended in occasionally deadly clashes, although there were no confirmed reports of violence on Tuesday.

Taliban leaders have vowed to investigate any instances of abuse, but have ordered demonstrators to seek permission before holding protests. — Reuters