The figures released by the Korea Disease Control and Prevention Agency on Saturday brought the national caseload to 30,403 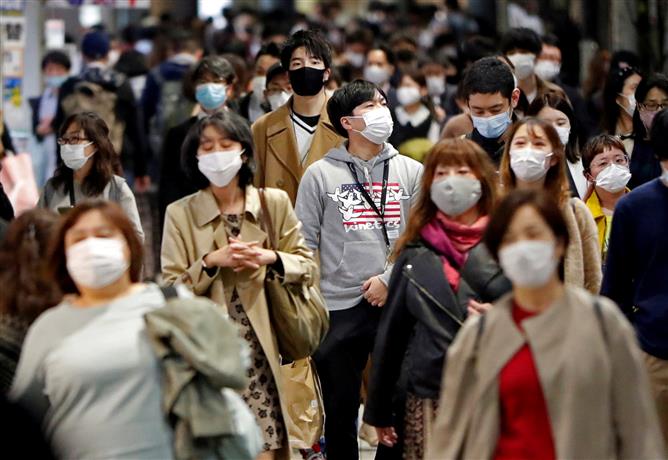 South Korea has reported 386 new cases of the coronavirus in a resurgence that could force authorities to reimpose stronger social-distancing restrictions after easing them in October to spur a faltering economy.

The figures released by the Korea Disease Control and Prevention Agency on Saturday brought the national caseload to 30,403, including 503 deaths.

More than 270 of the new cases came from the densely populated Seoul metropolitan area, where health workers have struggled to track transmissions in schools, private tutoring academies and religious facilities.

Infections were also reported in other major cities including Busan, Daejeon, Gwangju and Asan.

South Korea has so far managed to weather its COVID-19 epidemic without major lockdowns, relying instead on an aggressive test-and-quarantine campaign and mask-wearing.

Officials eased distancing measures to the lowest level in October, which allowed high-risk venues such as nightclubs and karaoke bars to reopen and fans to return to professional sports.

But the Korean Society of Infectious Diseases said Friday that the country could be reporting more than 1,000 new infections a day in a week or two if social distancing measures aren’t effectively strengthened.

“COVID-19 transmissions are occurring in large numbers simultaneously across the country, and in some regions, the pace of infections has already overwhelmed local capacities for contact tracing,” the doctors’ group said.

In other developments in the Asia-Pacific region — the number of confirmed COVID-19 cases in Japan reached a record for the third straight day at 2,418.

Japan, with fewer than 2,000 deaths related to the coronavirus, has been relatively successful at containing the damage from the pandemic with social distancing and the widespread use of masks. But worries are growing about another surge over a three-day weekend.

Monday is Labour Thanksgiving holiday. A government coronavirus panel is meeting later Saturday and may decide to scale back the “GoTo” tourism campaign, which offers discounts for domestic travel and eating out.

Prime Minister Yoshihide Suga has been aggressive on keeping the economy going while balancing health risks. Tokyo’s Haneda Airport was packed Saturday with vacationers. Spots popular for holiday travel, such as the northernmost main island of Hokkaido and urban areas like Tokyo and Osaka, have seen COVID-19 cases jump recently. AP