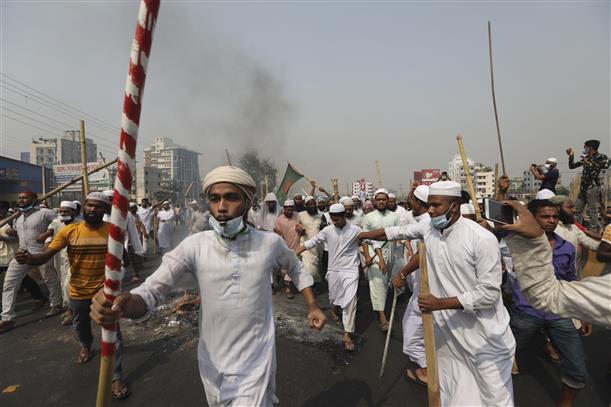 The public were told to stay at home with all sorts of public transportation suspended. PTI/file

The Bangladesh government has decided to enforce a one-week lockdown from April 5 to control the new Covid-19 wave in the country, a Minister announced here on Saturday.

Bangladeshi Road, Transport and Bridges Minister Obaidul Quader made the announcement in an online press conference in Dhaka on Saturday.

Meanwhile, the country's Minister of State for Public Administration Farhad Hossain said they would soon issue fresh guidelines covering people and services to be exempted from the lockdown.

Factories will remain open and workers can work shifts by following hygiene rules.

The first lockdown, described as a general holiday by the government along with a transport shutdown, had started on March 26, 2020 after the first Covid-19 cases and deaths were reported, bdnews24 reported.

The public were told to stay at home with all sorts of public transportation suspended.

Educational instructions were shut from March 17, 2020.

The government ordered offices, public transport system, domestic flights and stock exchanges to reopen on May 31, 2020, after two months of lockdown.

It had issued sets of health safety guidelines for protection from the virus, saying the strict rules would be re-imposed if the situation worsened.

The pandemic took an alarming turn in the second half of March this year.

Bangladesh on Friday logged 6,830 new cases of the coronavirus, the highest count in a day, taking the tally of infections to 624,594.

The death toll climbed by 50 in 24 hours to 9,155, according to data released by the government.