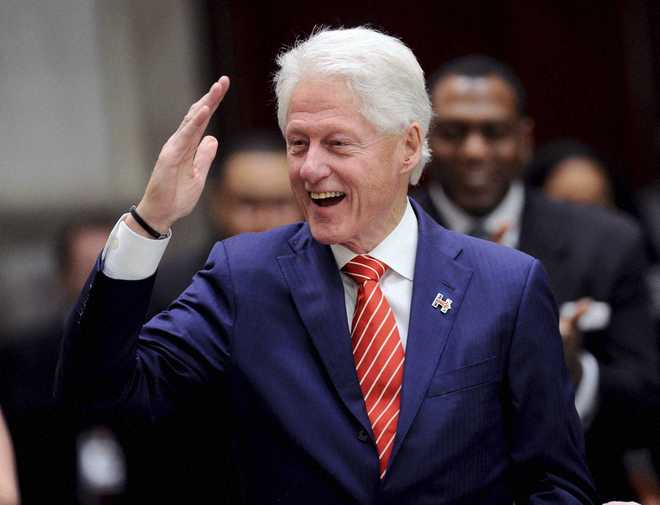 Former US president Bill Clinton will collaborate again with author James for their second novel together which is being billed as an “irresistible mix of insider knowledge and edge of your seat suspense”.

“The President’s Daughter” will be published by Century in hardcover, ebook, and audiobook in June 2021, with a simultaneous release in North America where it will be published jointly by Alfred A Knopf and Little, Brown and Company, a statement from Penguin said.

Clinton and Patterson’s debut, the 2018 novel “The President is Missing”, was described by Lee Child as “the political thriller of the decade”, and hailed as “a gripping read” and “a high-octane collaboration… addictive” by leading newspapers.

“The President’s Daughter” will be a stand-alone thriller, not a sequel - with a new, original cast of characters, the publishers said.

It follows a former president of the US, now relocated to rural New Hampshire, whose daughter is kidnapped. Like their earlier book, the story will be told with Patterson’s signature suspense and will be informed by details that only a president can know.

“I never imagined I’d be writing a book with a master storyteller like Jim, much less two. I was grateful for the success of the first book, and I believe readers will enjoy reading ‘The President’s Daughter’ as much as I’m enjoying working on it,” said Clinton.

“Working with President Clinton has been a highlight of my career, and I’m thrilled to have the chance to write with him again,” said Patterson.

According to Sandon, “The President is Missing” was “one of the biggest commercial thriller successes of 2018 and I think that the irresistible mix of insider knowledge and edge of your seat suspense will once again prove a winning formula”. —PTI