President Jair Bolsonaro deployed military to the Amazon in May this year, repeating a similar deployment made in 2019 when fires spiked in the region 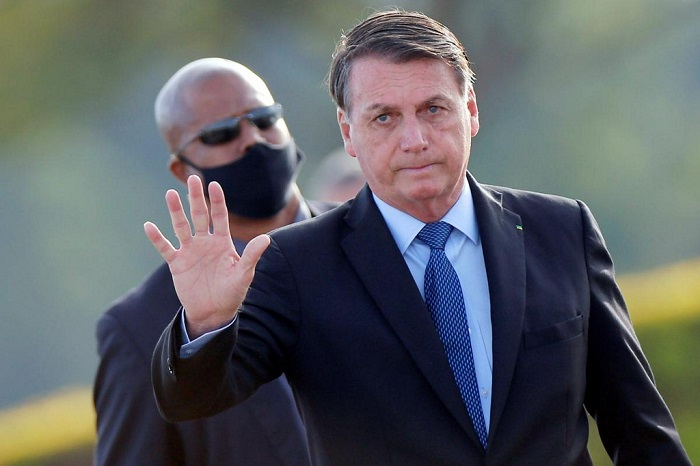 President Jair Bolsonaro will sign a decree by next week to extend the deployment to protect the Amazon rainforest by five months. Reuters File

Brazil's right-wing government will extend the military's deployment to fight destruction of the Amazon rainforest by five months through April 2021 from its previous November end date, Vice President Hamilton Mourao said on Monday.

Mourao told reporters that President Jair Bolsonaro would sign a decree by next week to extend the deployment to protect the world's largest rainforest, which acts as a curb on climate change by absorbing vast amounts of greenhouse gas.

Bolsonaro deployed the military to the Amazon in May this year, repeating a similar deployment made in 2019 when fires spiked in the region and provoked international criticism that Brazil needed to do more to protect the world's largest rainforest.

But this year's deployment began earlier and will last far longer as international pressure on Brazil continues over heightened levels of deforestation and forest fires since Bolsonaro took office in January 2019.

Global investment funds have threatened to divest from the country and Amazon deforestation endangers a trade deal between the European Union and South America's Mercosur bloc that still must be ratified.

"We must continue because we want to enter a virtuous cycle of falling deforestation. We are committed to bringing it down and to bring it down we need people out in the field enforcing the law," said Mourao.

After 14 months of rising deforestation, government data shows forest clearances have fallen from July to September, compared to the same months a year ago.

But deforestation remains at higher levels than in the two years prior to Bolsonaro assuming office, and the number of forest fires is at their highest levels in 10 years. Reuters