For comparison purposes, Canada’s economy contracted almost twice as much as the US did during the Covid-19 pandemic 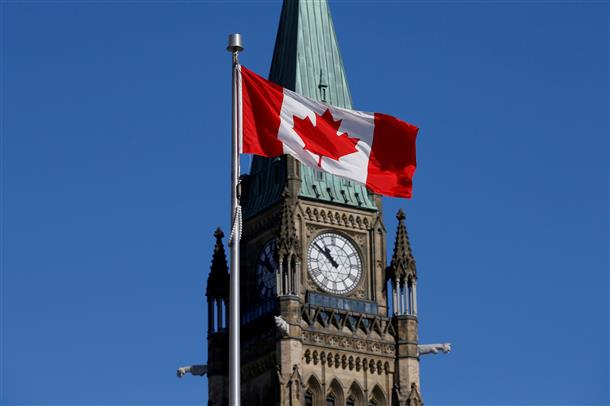 A Canadian flag flies in front of the Peace Tower on Parliament Hill in Ottawa, Ontario, Canada. — Reuters

Canada’s gross domestic product shrank 5.4 per cent in 2020, the worst year for the country’s economy since record keeping began in 1961, according to authorities.

In a statement on Tuesday, Statistics Canada said the country’s worst economic output was due to the first wave of the Covid-19 pandemic which shut down businesses and caused millions of people out of work in March and April of 2020, reports Xinhua news agency.

Canada’s gross domestic product, including the total value of all goods and services it produced, grew by 2.3 per cent in the last quarter of 2020, but that was nowhere near enough to offset the record-setting plunge it experienced during the first wave.

However, despite the better-than-expected result for the quarter as a whole, Statistics Canada said total economic activity in December 2020 was about 3 per cent below the pre-pandemic level in February 2020.

For comparison purposes, Canada’s economy contracted almost twice as much as the US did during the Covid-19 pandemic, despite the latter seeing far more cases per capita.

For January 2021, Statistics Canada said its early estimate was for growth in the economy of 0.5 per cent, adding that wholesale trade, manufacturing and construction sectors led the increase while retail trade fell to start the year. — IANS