Centre grants 100 e-visas to Afghan Sikhs and Hindus after terror attack on gurdwara in Kabul : The Tribune India 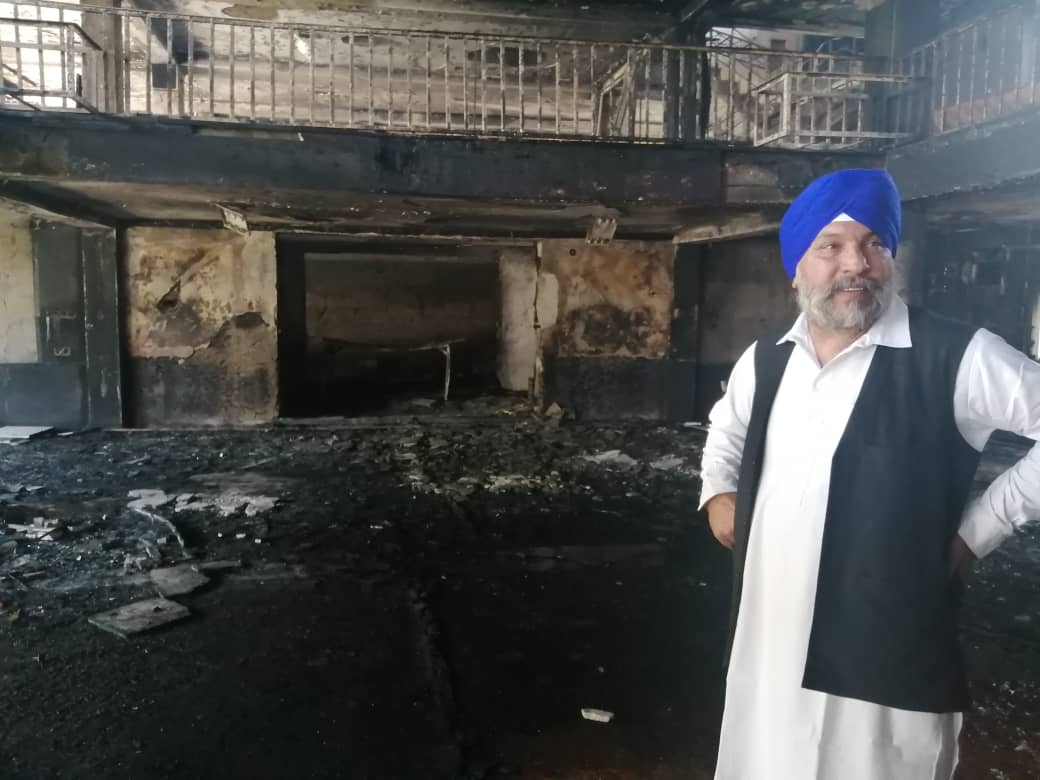 Jolted by criticism following the attack on Gurdwara Karte Parwan a day earlier, the Ministry of External Affairs has issued 100 e-visas to Afghan Sikh and Hindus.

The realisation that there will be no let up in attacks on Sikh and Hindu minorities by the ISIS (known as Islamic State Khorasan Province - ISKP) and a tweet by philanthropist Puneet Chandhok led to overnight processing of visas.

Immediately after explosions hit the gurdwara, Chandhok had said, “On May 27 (three weeks back), I had forwarded the plea of Afghan minorities to MEA and Home Ministry for processing of pending e-visas since last one year for 150 Hindus & Sikhs still in Kabul. On multiple occasions (I) raised concerns and still the e-visa is awaited. I pray that all survive.”

The issuance of visas to the last lot of remaining Sikh and Hindu minorities comes against the backdrop of a 12-page pamphlet published by ISKP where it threatens attacks on “all Hindus” for two reasons – the growing closeness between the Taliban and New Delhi and the comments made against the Prophet Mohammed.

It also called for widespread massacre of Hindus “wherever you find them”.

Grateful to @narendramodi ji,his team at @HMOIndia & @MEAIndia for considering and issuing visa to distressed #Afghan #Hindus & #Sikhs at #Kabul.It’s 0030 Hrs IST and all concerned officials have put in their best to facilitate at the highest level and processing the applications

Thanks to @MEAIndia for issuing prompt 111 EVisas to #AfghanSikhs Rest in process. Plans underway to evacuate them. We commit to rehablitate them under our already running programme for #afghanrefugees "My Family My Responsibilty"@wpoindia

Another reason why any connection with India will be in the ISKP’s sights is because such attacks would build the image of a recently created Islamic State Hind Province (ISHP), which will focus on the subcontinent. The ISKP is understood to be bringing out its radicalising literature in Indian languages to target vulnerable youth of all three countries – Pakistan, India and Bangladesh.

“44 ways of jihad booklet is famous among all kinds of jihadists. Many jihadists have written on this subject. It is considered one of the basic tools of propaganda. Now ISKP is presenting in Malayalam Language for South Indian people,’’ tweeted journalist Majid Nizami.

‘Fraud cannot be obfuscated by nationalism’, Hindenburg responds to Adani Group’s rebuttal to its report

In a horrific incident, girl's scalp ripped off in giant wheel accident in Karnataka

The victim has been identified as 16-year-old Srividya