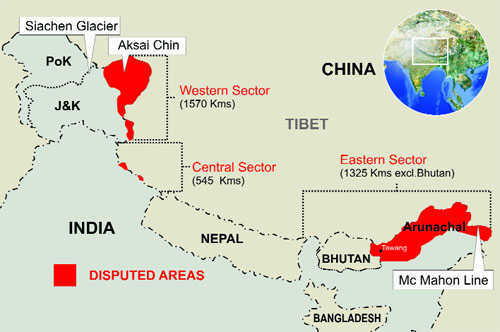 Customs officials in China have seized a large consignment of world maps, meant for export, for showing Arunachal Pradesh as part of India, the official media reported on Friday.

China claims the northeastern Indian state of Arunachal Pradesh as part of South Tibet, which is firmly rejected by India. India says Arunachal Pradesh is its integral and inalienable part. The maps were wrapped in about 300 export consignments. — PTI