China sets out to identify Covid protesters : The Tribune India

Amid global outrage against crackdown, Beijing plans to ‘minimise’ impact of lockdown 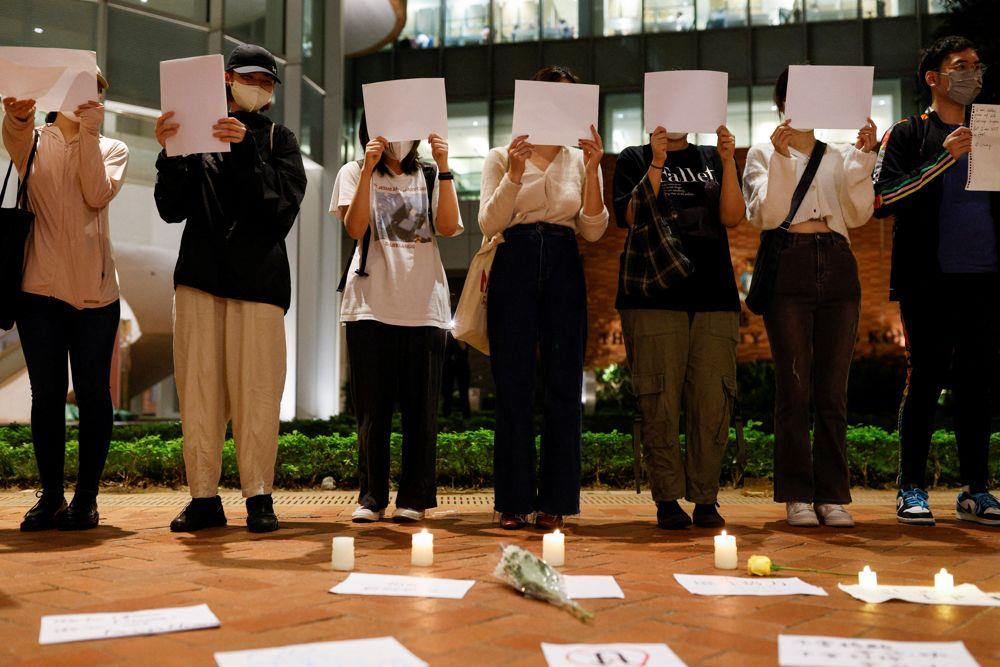 Chinese authorities have begun inquiries into some of the people who gathered at weekend protests against Covid-19 curbs, people who were at the Beijing demonstrations told the media, as police remained out in numbers on the city’s streets.

Two protesters confirmed that callers identifying themselves as Beijing police officers asked them to report to a police station on Tuesday with written accounts of their activities on Sunday night. A student also said they were asked by their college if they had been in an area where a protest happened and to provide a written account.

“We are all desperately deleting our chat history,” said another person who witnessed the Beijing protest and declined to be identified. The person said police asked how they heard about the protest and what was their motive for going.

Meanwhile, China said it will take steps to “minimise” the impact of its draconian coronavirus lockdowns, amidst the unprecedented public protests against President Xi Jinping’s stringent zero-Covid policy that evoked strong support from the UN, the US and other nations.

The foreign ministry said China had been adjusting the zero-Covid policy based on the changing circumstances. — Reuters