China’s aggressive actions against India give insight into how CPC thinking these days: US NSA 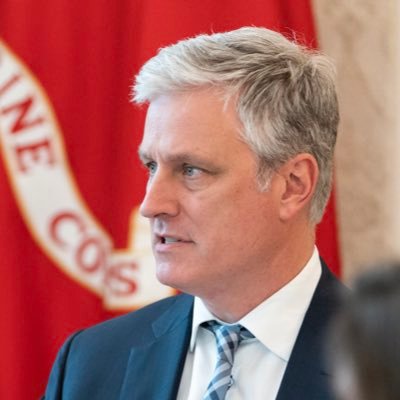 China’s “very aggressive” actions against India, including the brutal attack on the Indian soldiers in eastern Ladakh, and its moves in the South China Sea and Hong Kong give a “good insight” into how the ruling Communist Party of China is thinking these days, US National Security Advisor Robert O’Brien has said.

The Indian and Chinese armies were locked in a standoff in multiple locations in eastern Ladakh since May 5. The tension escalated in the Galwan Valley on June 15 in which 20 Indian Army personnel were killed during a violent face-off with Chinese soldiers.

“The Chinese have been very aggressive with India,” O’Brien said on Tuesday alleging that during the recent clash they beat some of the Indians so badly they were disfigured and could not be identified.

“This is a dispute between India and China, but China has shown itself for what it was. Chinese troops ambushed the Indians. They beat 20 Indians to death. They beat them so badly with clubs with nails in them and wrapped with concertina — barbed wire,” O’Brien told Fox News Radio in an interview.

He was responding to a question on the recent Chinese aggressive behaviour against India in eastern Ladakh.

Responding to a question on US-India bilateral relations, he said, India was a democracy and is a great friend of the United States.

“In fact, it was the last foreign trip that I took with the president before the COVID crisis hit, was to India, and we had a great reception of the Indian people there. We have a lot in common with them, we speak English, we’re democracies. We’ve got a growing, very strong relationship with India,” O'Brien said.

“But China’s action towards India, just like its actions in the South China Sea, just like what it’s doing in Hong Kong, just like the bullying intimidation of Taiwan, really gives you a good insight into how the Communist Party of China is thinking these days,” he said.

China claims almost all of the 1.3 million square miles the South China Sea as its sovereign territory. China has been building military bases on artificial islands in the region also claimed by Brunei, Malaysia, the Philippines, Taiwan and Vietnam.

“It’s something to be very concerned about,” O'Brien said.

On Monday, Secretary of State Mike Pompeo rejected “most” of China’s maritime claims in the South China Sea, the latest in the escalation between Washington and Beijing.

Last week, the Trump administration took action against Chinese officials for their involvement in human rights abuses in the Xinjiang region, where Uyghur Muslims and other minority groups have been detained and tortured.

And two weeks ago, the administration announced visa restrictions on current and former Chinese officials who it says “were responsible for eviscerating Hong Kong’s freedoms”.

Earlier in the day, Senator Bob Menendez, a ranking member of the Senate Foreign Relations Committee, alleged that China is seeking to redraw the map of Asia without regard to its neighbours.

“As India and China work to disengage along the Line of Actual Control (LAC), I remain deeply concerned by China's aggressive behaviour in territorial disputes,” he said.

“From the 2017 Doklam standoff to the recent violence along the borders in Sikkim and Ladakh, to China’s new claims to Bhutanese territory, Beijing has all too often sought to redraw the map of Asia without regard for its neighbours,” he said.

The international community must be clear that such behaviour was unacceptable, he added.

Menendez, the top Democratic Senator from New Jersey, said the US-India partnership, based on their shared commitment to democracy, was vital to uphold international law, international norms and the institutions that could peacefully and diplomatically resolve disputes and aggression.

“I am committed to working with the Indian government and the Indian-American community in New Jersey and throughout the United States to advance US-India cooperation,” Menendez said. PTI